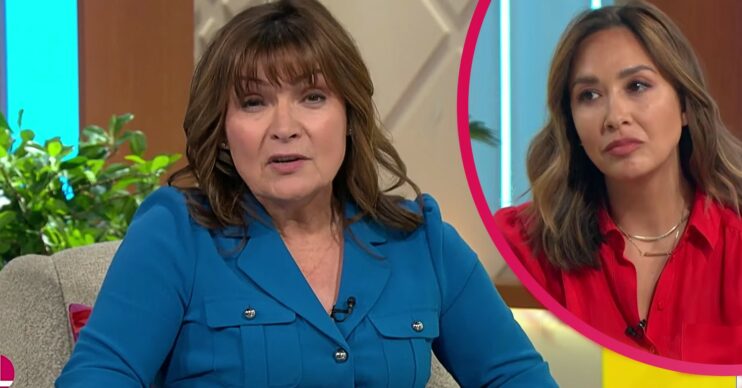 Both women showed such courage sharing their experiences

Lorraine Kelly has spoken about a miscarriage she had 20 years ago and admitted she still in “mourning” for the baby she lost.

The 61-year-old presenter opened up during an emotional interview with Myleene Klass today (October 13).

And viewers praised the courage of both women, calling the discussion “powerfully moving”.

What happened in the discussion between Lorraine Kelly and Myleene?

Lorraine welcomed Myleene, 43, to talk about the trauma of miscarriage and the ways of coping.

“It’s a strange one isn’t it, because I remember at the time – gosh it was over 20 years ago when it happened to me – I think people were trying to reassure me [by saying]: ‘Oh this is very common.'”

“Did it happen to you?” Myleene asked.

Read more: Miscarriage and Me: Myleene Klass breaks down as she pays tribute to ‘the babies we lost’

“Yeah, yeah it did,” Lorraine replied. “I think they were trying to make me feel better, it made me feel worse.

“I’m so sorry, I didn’t know it happened to you,” Myleene said.

“It was a long time ago,” Lorraine added.

“It’s still there, because you still think that baby would’ve been 21… you’re sort of mourning for something that didn’t happen and that’s very sad to do. As you well know.”

When did Lorraine Kelly lose her baby?

Lorraine and husband Steve lost a baby when her daughter Rosie was five-years-old.

Myleene, on the other hand, has tragically suffered four miscarriages.

And now, in the documentary Myleene: Miscarriage & Me airing on W, she’s set out to change the language around miscarriages.

She also wants to have a deeper conversation, take away the stigma and help others who have gone through similar, heartbreaking, experiences.

One viewer, who watched the conversation said: “That conversation between @KlassMyleene and @reallorraine on miscarriage was powerfully moving to watch. #Lorraine.”

Myleene: Miscarriage & Me is on W on Thursday October 14 at 9pm.