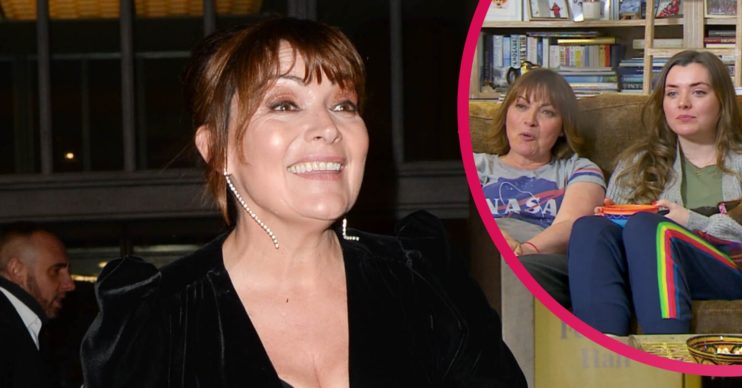 Some fans welcomed the telly star to the show, others did not...

Celebrity Gogglebox 2021 viewers have found themselves divided after Lorraine Kelly made her debut on the show.

The breakfast telly star, 61, appeared on the hit C4 programme for the first time on Friday night (June 4, 2021) along with her daughter Rosie.

But Lorraine and Rosie have received a mixed reaction from Gogglebox fans.

Taking to Twitter while the show was on air, viewers shared their opinions on Lorraine’s Gogglebox debut.

One tweeted: “Lorraine and Rosie hardly had any opinions #celebritygogglebox.”

“Lorraine Kelly’s voice goes right through me,” another said.

A third wrote: “Don’t know whose idea it was to put Lorraine Kelly on Gogglebox but it was a terrible idea. Cannot stand her.”

Another shared their fear that Lorraine and Rosie have replaced Rylan Clark Neal and his mum Linda on the show.

Read more: Celebrity Gogglebox cast: Mel C and her brother Paul – do they have any other siblings?

“Where’s @Rylan? He and his mum were my favs… please don’t tell me they’ve been replaced with Lorraine Kelly I can’t stand her,” the fan said.

But some were delighted to see Lorraine on Celebrity Gogglebox and have welcomed her onto their screens.

One gushed: “Nice to see Lorraine Kelly being normal at home instead of her bubbly TV celeb persona…”

Another added: “There are so many of you that don’t like the idea of @Lorraine being on #celebritygogglebox but it’s got you all talking about her!”

But Lorraine escaped the £1.2 million bill after the judge ruled in her favour, declaring she was a ‘self-employed star’.

Judge Jennifer Dean ruled that Lorraine is ‘a persona of herself’, meaning she could be considered a theatrical artist.

Hours before Celebrity Gogglebox kicked off, Lorraine took to Twitter herself and told her 643,000 followers: “It’s finally arrived, tonight we join the @C4gogglebox family!”

Lorraine also shared a clip taken from the show, where Rosie said: “What is going on with these tight trousers and tops on boys?

It’s finally arrived, tonight we join the @C4Gogglebox family! Here’s a sneak peek… I was very worried about what Rosie was going to say😂! Tune in to #CelebrityGogglebox at 9pm on @Channel4 📺 pic.twitter.com/4D0Hmt0Iwl

“Even those trousers, you can see his ankle.”

In the footage, Lorraine bursts out laughing and says: “His ankle?! I thought you were going to say something else!”

Celebrity Gogglebox continues next Friday at 9pm on C4.

Did you enjoy watching Lorraine and Rosie? Leave us a comment on our Facebook page @EntertainmentDailyFix and let us know.