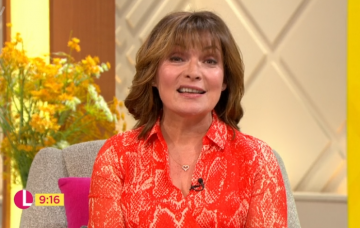 She argued that she's freelance and not an employee of ITV

Lorraine Kelly has won a legal battle with HMRC and escaped a £1.2 million tax bill.

The TV host reportedly ended up in a spat with tax authorities in 2016 after they tried to make her pay almost £900,000 in income tax and more than £300,000 in national insurance.

However, Lorraine argued that she’s freelance and not an employee of ITV.

Read more: Lorraine fans in hysterics as guest ‘pretends’ to like dramatic haircut

HMRC bosses claimed she had signed a contract with ITV back in 2012 to present Daybreak and Lorraine.

While the deal was done through the presenter’s company, HMRC executives claimed it made her an employee.

Lorraine argued that she has the freedom to turn down work and said she doesn’t get sick pay, holiday or other benefits that most employees receive.

Judge Jennifer Dean sided with the star and overturned the tax bill.

She said: “ITV was not employing a ‘servant’, but rather purchasing a product, namely the brand and individual personality of Lorraine Kelly.

“She was not entitled to sick pay, holiday pay or other benefits which are generally due to employees.”

The judge concluded: “The relationship between Ms Kelly and ITV was a contract for services and not that of employer and employee.

“She presents herself as a brand, and that is the brand ITV sought when engaging her. All parts of the show are a performance, the act being to perform the role of a friendly, chatty and fun personality.

“Ms Kelly presents a persona of herself… quite simply put, the programmes are entertaining, Ms Kelly is entertaining.

“We do not doubt that Ms Kelly is an entertaining lady, but the point is that, for the time she is contracted to perform live on air, she is public ‘Lorraine Kelly’.”