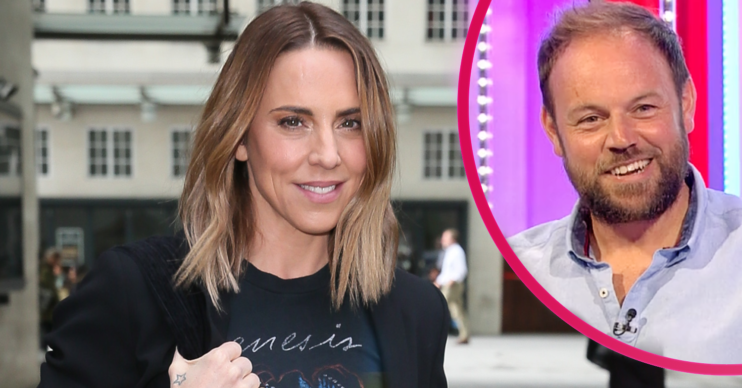 Celebrity Gogglebox cast: Mel C and brother Paul – do they have any other siblings?

These two should be a lot of fun

Alongside the likes of Chris Eubank and his family, Rylan Clark-Neal and his mum, Sir Tom Jones and singer Anne-Marie, Mel takes her place on her family living room with half-brother Paul O’Neill.

But how did Mel become famous, who is her brother and do they have any other siblings?

How did Celebrity Gogglebox star Mel C become famous and part of the Spice Girls?

Born Melanie Chisholm, the future star was born in Whiston, Lancashire in 1974.

An only child, her parents separated in 1978 and her mother remarried and had more children, including brother Paul.

After studying dance, singing and drama at the Doreen Bird College of the Performing Arts in London, she saw an advert in The Stage newspaper.

The advert was placed by Chris and Bob Herbert, and received over 400 applicants.

In 1994 auditions and Mel was chosen alongside Mel B, Victoria Adams (later Beckham), and Geri Halliwell. Emma Bunton also joined the new group.

Who is Mel C’s brother and what is Paul famous for?

Now 41-years-old, Paul started to show an interest in motor racing after he saw Nigel Mansell win the Formula One World Championship in 1987.

He began to fulfill his racing dreams by attending Jim Russell Racing School during his A-levels.

Paul has competed in the British Touring Car Championship a number of times and is now a motor racing instructor at the Oulton Park circuit in Cheshire.

He’s also made a number of appearances in TV, including Top Gear and ITV4’s coverage of the BTCC.

Last night he appeared with Mel on The One Show (Thursday June 3) to preview their appearance on Gogglebox and Mel said she as worried Paul might expose too many of her secrets!

Do Mel and Paul have any other siblings?

Mel is known for remaining tight-lipped about her family and private life.

Becuse both Mel’s parents remarried and had more children, Mel has more siblings.

She also has a half-sister, Emma, from her father’s first marriage.

Is Mel C single and does she have a child?

Mel is currently in a relationship with her manager, Joe Marshall.

According to reports, they’ve been together since 2015.

However, Mel is also mum to 12-year-old daughter Scarlett, who she had during a previous relationship with Thomas Starr.

On a recent edition of Desert Island Discs, Mel revealed that it was Scarlett who encouraged her to stand up for herself more.

“I make big decisions,” she said. “Leaving her dad was hard but I wasn’t happy and she wasn’t happy, and it wasn’t the environment I wanted my child to grow up in.

“Scarlett has made me braver.

“She has made me stand up for myself more. I couldn’t have done that without the strength that I got from her.”

How much is Mel C worth?

After her stellar career in the Spice Girls and a successful solo career that will see a world tour when it’s safe to, Mel’s net worth is reported to be £20million.

She has also appeared in musicals and TV shows like Asia’s Got Talent and The Voice Kids in the UK.