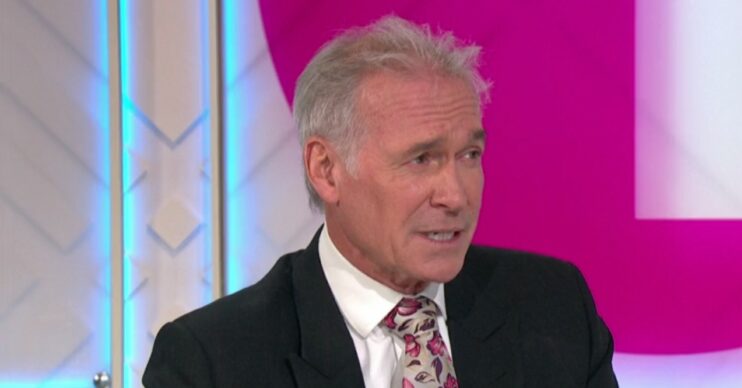 The 68-year-old GP’s comments came during a debate about the government’s new calorie labelling legislation.

What did ITV’s Dr Hilary say on Lorraine?

Ranvir Singh, who is standing in for Lorraine this week, welcomed Dr Hilary onto the show today.

He appeared to discuss the new government legislation that requires restaurants and cafes to feature the number of calories in each dish on their menus.

The government’s calorie labelling legislation comes into force today and has proven to be pretty controversial, with many against it.

Dr Hilary, however, is in favour of the new legislation, as he believes that it will prove to be “useful”.

“Of course, the whole thing’s been criticised by people with eating disorders,” he said.

Lorraine host Ranvir admits it could be ‘triggering’

Ranvir explained that some people with eating disorders will find the new legislation “triggering”.

It was at this point that Dr Hilary made a comment that angered many viewers.

“People with the most serious eating disorders, anorexia, don’t go to restaurants and they know exactly how many calories are in everything,” he said. “So I don’t think that’s a problem.”

He then continued, explaining that 67% of the adult population are either “overweight or obese”.

“They need assistance in choosing healthier foods. The eating disorders, we’re talking about less than 1% of the population,” he said.

“So I think by and large you’re going to help more people.”

Dr Hilary’s comments proved to be controversial, with many taking to Twitter to angrily slam ITV’s resident GP.

“This is a disgusting and harmful thing to say. How dare he say this. This is so damaging,” one ranted.

“Did Dr Hilary just state that people with Anorexia don’t go to restaurants?” another tweeted.

“Does he realise that people with anorexia do go to restaurants because anorexia isn’t just people on NG feeds in hospital? * cries in mental health advocacy tears*.”

“Not a professional saying people with anorexia ‘don’t go to restaurants’ and ‘already know all the calories. Is that a joke?” a third wrote.

“People with anorexia are allowed out and are allowed to recover. God help anyone going to this man for help,” another wrote.