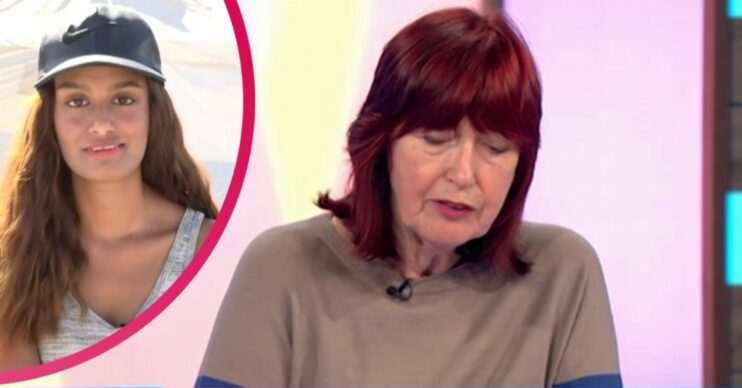 The former ISIS bride, who fled to Syria at 15, appeared on GMB this morning urging the country to accept her apology.

Now 22, she has revealed her hopes to return to her home in England.

During today’s Loose Women, Janet confessed to her co-stars that she can “find it in her heart” to forgive Shamima.

She told viewers she believed the then-15-year-old had been “obviously groomed” by the terrorist organisation.

Janet said: “I think – and I’ve said it all along – that she was a child when she left Britain.

“She was a child when she married someone who was chosen for her, and she has lost three children in relatively quick succession.

“She was groomed by ISIS and if a child is groomed, you have to understand the pressures that were on her. I’m not asking for sympathy for her, but I can find it in my heart to forgive her.

“But I can also see that bringing her back to England poses all sorts of problems. I think that in the end though, we ought to be able to use her experiences to show other young people what her experience has done to her both mentally and how they have shaped her life.”

“Shameful opinions by panellists on Begum,” wrote one viewer.

“Far too sympathetic. Janet should be ashamed of herself. Grooming is irrelevant when Begum expresses disgusting opinions like those on the Manchester bombings.”

Give it a rest Janet, I’ve never thought of you as being naive #LooseWomen

Fgs Janet wake up!
She’s lost her British citizenship for a reason! To much time spent on this subject! #LooseWomen

“Give it a rest Janet, I’ve never thought of you as being naive,” ranted a second.

However, others seemingly appeared to side with the star.

“I have always admired Janet Street-Porter. She is one of the original #icons of cool,” said one fan in agreement.