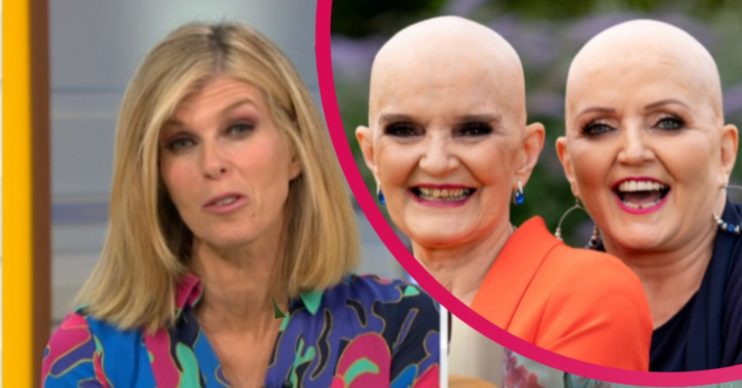 Anne had to pull out of the interview

Linda Nolan, appearing on GMB, issued an update on her sister Anne after she dropped out of an interview because she was too ill.

The sisters, who are both battling cancer, were due to appear alongside each other on today’s (Tuesday, August 3) episode of Good Morning Britain.

What happened with Linda and Anne Nolan on GMB?

But unfortunately, Anne was too poorly to be on the programme.

When she came on for her chat, Linda offered an update on her sister and why she couldn’t come on GMB.

She sends her love.

Presenter Kate Garraway said: “The Nolan family lost their beloved sister Bernie in 2013 and now, their family are having to deal with the cruel news that both Anne and Linda Nolan have also been diagnosed with the disease. Again, within days of each other.”

Read more: Linda and Anne Nolan are both battling cancer after being diagnosed days apart

Her co-host Ben Shephard explained: “Both sisters are now going through chemotherapy treatments. Linda, who was diagnosed with liver cancer in March, joins us now live from Blackpool. Sadly, Anne’s too poorly to join us. How are you feeling this morning Linda?”

Linda told them: “I feel okay, actually. My chemo isn’t as toxic as Anne’s because it’s actually secondary breast cancer I’ve got. But Anne is a primary cancer, so she is having everything thrown at her to make her well again.

“So, she’s sorry she can’t be here but she sends her love.”

‘Putting everything’ into getting well

Anne spoke of her fears in a chat with The Sun this week.

She told the publication: “I don’t want to die. I love my life so much, I love my daughters, my grandchildren, my friends, all my family.

“I want to live for as long as I possibly can. I am scared of dying as well. Even though I believe in God, I’m still scared.”

Linda said: “I don’t want to die, I want to be around and see my great nieces and nephews grow up, and that’s why I’m putting everything I’ve got into trying to get well.”