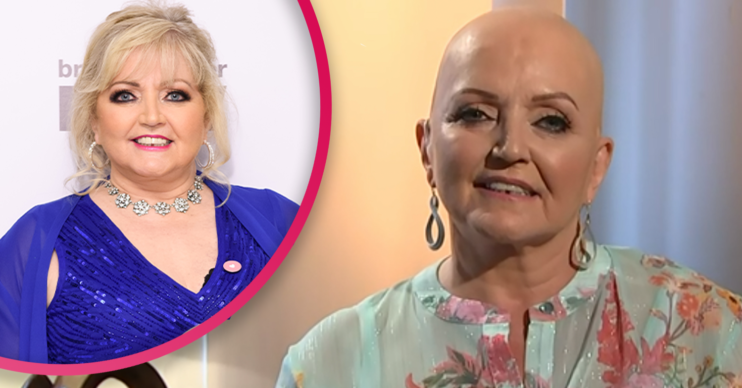 The Nolan sisters received cancer diagnoses within days of each other

Linda Nolan has admitted she’s “scared to death” as she battles cancer alongside her sister Anne.

The 61-year-old singer and her sister received their cancer diagnosis within days of each other, with the pair currently undergoing treatment.

Appearing on BBC Breakfast, Linda opened up on their battle, plus the trauma they’re both facing after undergoing chemotherapy.

What did Linda say?

Speaking on the show today (August 20), she said: “I’m good, I’ve got certain side effects from the chemo, I’ve got pins and needles in my fingers and my toes.

“It hasn’t been too bad, I think for me personally I was traumatised about losing my hair and at the time you feel like you’re being a little bit vain

“But I think everybody takes it differently and for women, losing your hair is a really traumatic thing.

“We’re not supposed to be going around bald you know? But I’m good.”

When asked about Anne, Linda explained: “Anne has really had it tough because her body isn’t handling the chemo so well, but we are getting there.

“My sister Maureen has moved in to look after her and I have moved into my sister Denise’s house so she can look after me.

We’re both scared to death because we don’t want to die.

“It’s difficult, we’re all devastated, we’re both scared to death because we don’t want to die but we’re doing it the best way we can.

“Again I reiterate to everyone, go to the hospital and get it sorted because you’ll eventually have to get it sorted and it might be too late.”

What has Anne said?

Anne, 69, previously spoke of her fears during an honest chat with The Sun.

She told the publication: “I don’t want to die. I love my life so much, I love my daughters, my grandchildren, my friends, all my family.

“I want to live for as long as I possibly can – I am scared of dying as well. Even though I believe in God, I’m still scared.”

Meanwhile, sister Coleen broke down in tears on Loose Women as she discussed her sisters’ cancer.

Coleen admitted that there have been some “terrible days” over the past few weeks and months.

Addressing the ITV panel, she said: “The news came after such an incredible time we had. You know with the Nolans Going Cruising.

“Then two weeks later this devastating news hit us. But as usual with my sisters, they just, obviously devastated but then just went for it battling it and are still battling it and nearly at the end of their chemo.

“I think Anne has one left and Linda has two.”

Linda and Anne received their devastating cancer diagnosis back in March.

Anne’s breast cancer is stage three, while Linda is currently batting incurable cancer in her liver.

Read more: Susanna Reid fires back at troll as she warns ‘brace yourself’ about GMB comeback

She previously suffered from breast cancer in 2006, cellulitis and lymphoedema in her arm in 2007 and secondary cancer on her pelvis in 2017.

Their sister Bernie also died from breast cancer in 2013.