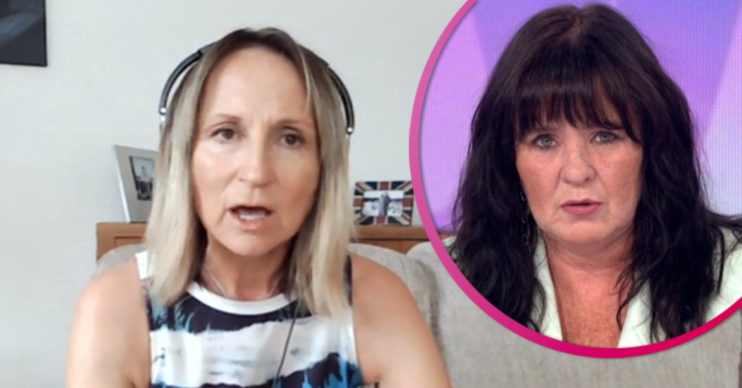 Carol McGiffin has admitted she’s worried that her breast cancer will return as coronavirus has forced hospital check-ups to be cancelled.

The star was diagnosed with the disease in 2014 and was given the all-clear in 2015.

On Monday’s Loose Women, the star said she’s “ill with stress” that appointments are been cancelled.

What did Carol McGiffin say?

Carol explained: “It probably is making me ill with the stress of it all. I know people who have had their trials cancelled or their treatments delayed.

“There’s going to be such a backlog. As a result of that, people will die.

“I had breast cancer… It’s quite likely it might come back one day.

“I had the five-years all clear last November, but I do have three or four conditions which need to be monitored as a result of that cancer.

“If they’re not monitored, they could easily turn into something.

“All those appointments I should have had in February, March, April… they were all cancelled. None of them have been rebooked.”

She added: “It worries me a lot, if I have things which could potentially be cancerous.

“The amount of stress I am suffering just because of the lockdown, the coronavirus, all of it… worry and stress is a big contributor to cancer and I do worry a hell of a lot.”

'If I have got things that are potentially cancerous, the stress and worry about not being able to get it checked will have exacerbated it.'

Carol worries that the drop in urgent cancer treatments and referrals could be life threatening.

Meanwhile, Carol has previously expressed fears her cancer will return.

At the time of her diagnosis, Carol underwent a mastectomy and rounds of chemotherapy.

I had breast cancer… It’s quite likely it might come back one day.

She told Best magazine: “I used to think every day that it was coming back. And it still might – I don’t think you are ever free from that fear.

“I have known people who pass the five-year Mark, my brother-in-law for example, and it comes back.

“I’m 58 – I will probably still die from cancer but I don’t think it will be tomorrow so I’m getting on with stuff.”

Meanwhile, she said on Loose Women in 2018: “The mastectomy was OK. But the chemotherapy. I lost all my hair. That didn’t bother me at all.

“I never really cared about my hair that much.

“I thought, it will grow. Actually it was quite nice to not have to brush my hair every day.

“Having the chemotherapy and walking out of the hospital and just feeling like someone had injected poison into your blood veins, which is actually what it is.”