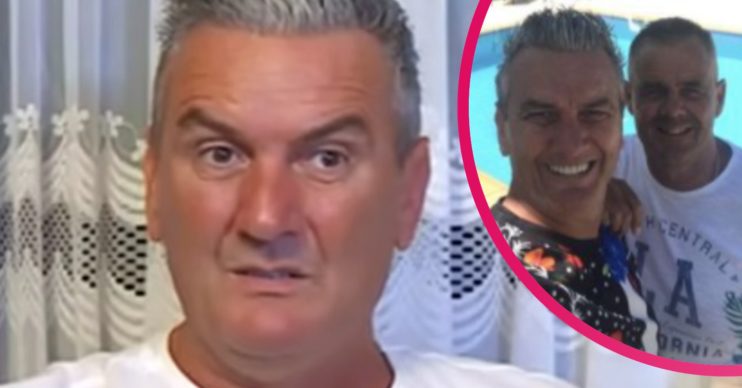 So happy for them!

Lee from Gogglebox has jetted off abroad to spend a momentous occasion with his partner Steve.

Lee Riley has touched down in Cyprus to reunite with his longterm partner Steve Mail.

And the lovebirds are celebrating a big achievement – 27 years together!

Taking to Instagram, Lee shared a snap with Steve along with the caption: “Happy anniversary to us 27 years wow xx.”

Do Lee and Jenny from Gogglebox have partners?

Lee is in a longterm partnership with Steve and Jenny Newby is married to her husband Ray.

Lee’s fellow Gogglebox co-stars flocked to wish him a fantastic anniversary with Steve.

The Siddiqui family posted a congratulations as did Dave Griffiths.

Gogglebox fans, meanwhile, gushed over how Lee hasn’t ‘changed’ over the years.

One user praised: “27 years Lee, still look the same from the Astoria years but grey all on top now.”

Another user teased: “Happy happy anniversary. One of you hasn’t changed a bit. X”

Where does Lee’s partner live?

Steve lives in Cyprus, meaning they’ve been away from each other for eight months during the pandemic.

Indeed, during the latest series of Gogglebox, Jenny moved into Lee’s caravan to form a COVID bubble.

This way they could still film for the popular Channel 4 series, despite usually living in different households.

Lee and Jenny have been best friends since 1994, when they met at a pub.

Lee was a regular customer at a pub Jenny served as a landlady for.

They hit it off so well they started watching TV and eventually holidaying together – and the rest is Gogglebox history!

Since joining the show in 2014, they’ve fast become viewer favourites.

It was Jenny who was initially scouted by a Channel 4 producer, while enjoying a day out at the races.

She insisted she bring Lee along for the audition process and, after being cast, they decided to film out of Lee’s caravan in Hull.

They panicked fans at the end of the latest series when they shared a snap of the caravan sofa – empty.

Several fans immediately assumed they’d quit the show – but luckily they’re just on hiatus along with the rest of the Gogglebox crew.

The next series won’t return until September 2021, but Celebrity Gogglebox has just begun on Channel 4.