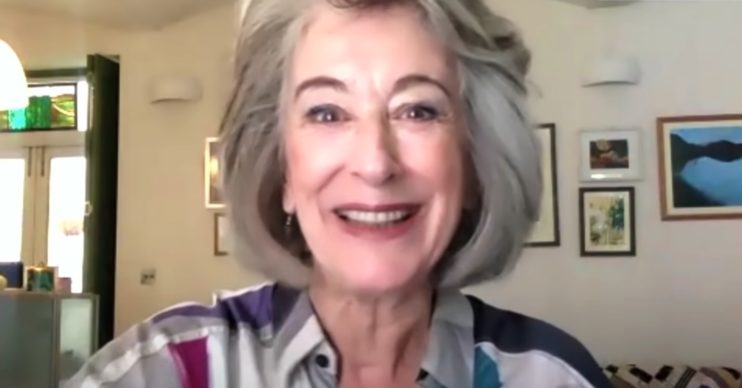 Celebrity Gogglebox has been blasted by one of its cast, Maureen Lipman.

The Coronation Street star is taking part in the latest episode (June 4).

It’s not the first time they’ve appeared on the show together. However, this time something went differently.

What happens on Celebrity Gogglebox tonight?

During an appearance on This Morning, Maureen revealed that she wasn’t very happy with Channel 4 bosses.

She told ITV viewers: “I have to say, oh, look, I’ve got the same blouse on, see how I recycled.

“I didn’t realise they would just show us lots and lots of mens’ bits.

However, the appearance didn’t go quite as planned when she watched it back.

She continued: “We say really witty things don’t we Gyles? However, it’s cut in favour of us going ‘Ew!’ and ‘What’s that? Oh, I didn’t realise people were growing aubergines like that?'”

Other stars joining the pair in the latest celebrity special are Lorraine Kelly and her daughter Rosie, and Spice Girl Mel C and her brother Paul.

Read more: Jenny and Lee from Gogglebox have fans fearing the worst as they separate

However, episodes will also be available to watch online afterwards All 4.

Meanwhile, regular Gogglebox is due to return for a new series later this year.

It will mark the hugely popular show’s 18th season.