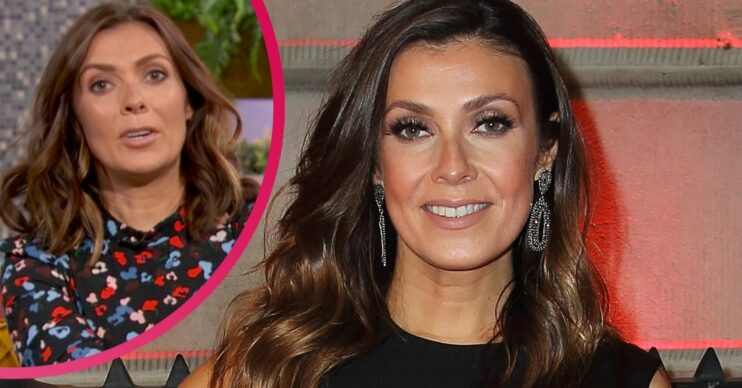 'I want to be here for my dad'

Kym Marsh has announced her decision to step back from BBC’s Morning Live.

But following a series of health problems in her family, Kym has decided to “focus on her nearest and dearest”.

The presenter explained her decision in an emotional film on the show.

In the video, Kym revealed that her father’s cancer diagnosis was one of the main reasons.

Her father received an incurable diagnosis of prostate cancer this year, after delaying visiting the GP due to the pandemic.

Read more: Morning Live host Kym Marsh to marry this year so cancer-stricken dad can walk her down the aisle

Meanwhile, her anxiety attacks have also played a huge part in her decision.

Kym shared: “You might have noticed I’ve not been around much since the end of July – well there’s been some very good reasons for that.

“I think it’s fair to say the last few months have been ridiculously busy with one thing or another for me and my family.”

Later on, she added: “I’ve been off for the last few weeks and one of the reasons for that is because I want to be here for my dad.

“I need to be here to support my family and it was absolutely the right choice to make.”

Kym then said: “I have suffered with anxiety attacks in the past and they have come back with a vengeance.

I want to be here for my dad

“Life’s been pretty difficult for me and trying to support my family and working away was making that really difficult.”

Fans rushed to show their support to Kym, with one tweeting: “Very much understand your decision. Look after yourself and your family.”

Another said: “Kym, thank you for sharing your struggles. We miss you, but it is so right that you take time to look after yourself and your mental health. Take care.”

Kym opens up on her dad’s cancer diagnosis

Kym told The Sun that “speed is crucial – it can make all the difference” back in June.

Read more: Why is Kym Marsh’s fiancé and what does he do?

She added: “At this stage doctors are talking about it being incurable, but it is treatable and the hope is that they my be able to extend his life – but by how much nobody really knows and he is in discomfort.”

Furthermore, Kym also revealed her dad was “determined” to walk her down the aisle.

The musician, who is engaged to fiancé Scott Ratcliff, told OK!: “It’s given Dad a little focus and something to look forward to. He’s going to be there to walk me down the aisle and he’s determined that’s going to be the case.”