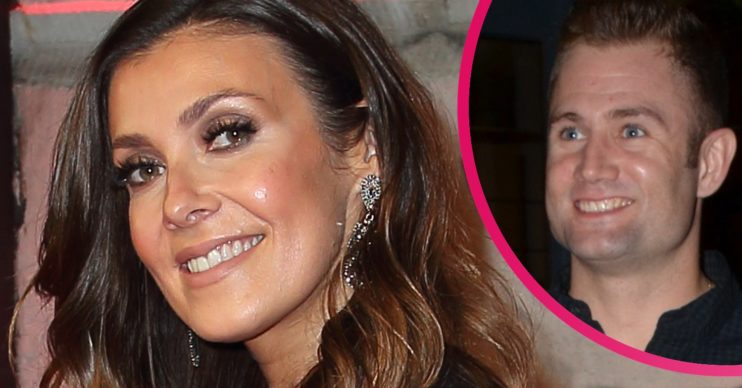 What is Kym Marsh’s net worth in 2021? Who is her partner Scott Ratcliff?

Kym Marsh is a regular and popular face on TV, and she’s enjoyed an incredible career. But what is her life like away from the cameras with partner Scott Ratcliff and her family?

When was Kym Marsh in Hear’Say?

Kym first became famous as one fifth of the band Hear’Say.

They won the talent show Popstars in 2001.

The band went on to release two albums, the first of which reached number one and enjoyed two number one hit singles in the UK.

However, she left in 2002 to pursue a solo singing career.

Was Kym ‘fat-shamed’ on Popstars?

Sadly this appears to have been the case. Kym was told she needed to lose weight by one of the show’s judges Nigel Lythgoe.

And he even compared her to a “Christmas goose”.

Kym was just a size 12 back then, and had two young children.

She later told the MailOnline that Nigel’s words were extremely humiliating.

The celeb explained: “I’d always been quite body confident until that moment but when he said that it really affected me, I couldn’t even look at myself in the mirror.”

Is Kym Marsh a grandma?

However, Kym insists she will never be called Grandma, Nan or any of the other usual names.

Instead, she says she is called “Loli”.

She later went on to defend her choice of name amid online criticism.

Addressing her Instagram fans, she wrote: “I know lots of people with alternative names! So what! Loli is my choice and I shall live and protect him til the day I die no matter what.”

What is Kym Marsh’s net worth?

According to CelebNetWorths, Kym is worth around $3 million.

At today’s current exchange rate, that is around £2.1 million.

What is next for Kym?

Since quitting Coronation Street in 2019, Kym’s been extremely busy.

In fact, Kym is enjoying success with the BBC series For Love or Money and recently had a role in The Syndicate series four.

She is also co-hosting Morning Live with Gethin Jones on BBC One.

Kym has been dating army man Scott since 2018. They are in a long-term relationship, and announced their engagement on June 13, 2021.

Kym revealed to OK! magazine “I’m absolutely over the moon – I can’t believe it,” she told the publication. “It’s been the best birthday surprise ever. I can’t stop smiling!”

Scott is a Major in the Army and is 33. He is eleven years younger than Kym.

Yet Kym finds the term “toy boy” offensive and has also defended their age difference.

Taking to her OK! magazine column last year, she penned: “I’m with a younger man. Scott is 32 and I’m almost 44, I hate when people describe him as my ‘toy boy’, as I think it’s patronising to him!”

** This article was originally published on May 25, it was updated on June 13 following news of Kym Marsh’s engagement.

Let us know what you think of this happy news on our Facebook page @EntertainmentDailyFix.