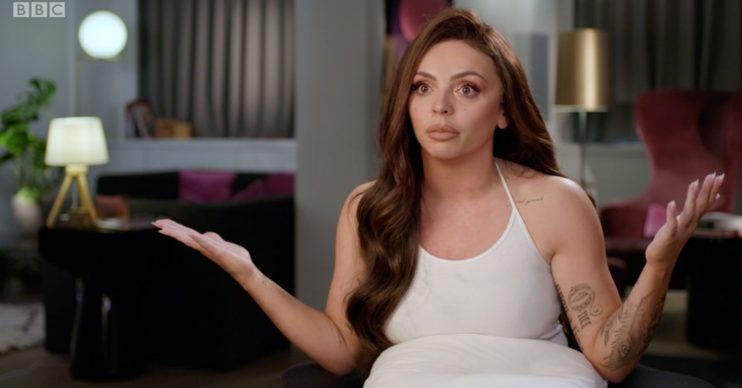 Last night’s harrowing documentary, Jesy Nelson: Odd One Out, had fans in bits.

The Little Mix star, 28, stunned viewers by revealing that she tried to take her own life after cruel online trolls targeted her.

But, during the documentary, legions of Jesy’s fans took to social media to defend her and blast the trolls.

During the doc, Jesy spoke bravely about the effects of online trolling.

Thanks to a deluge of cruel messages on social media after an appearance on The X Factor in 2016, including from controversial Katie Hopkins, she admitted that she had found it tough to carry on.

“I was sat in bed thinking this is never going to go,” she revealed.

“I’m going to constantly wake up and feel sad for the rest of my life so what is the point in being here. There is no point in waking up and feeling sad everyday.

“I physically couldn’t tolerate the pain anymore. It feels constantly constantly heartbroken. I remember feeling this has to go away and it was the first time I thought I’m going to do this, I’m going to end this.

“I remember going to the kitchen and I took as many tablets as I could. I just laid in bed for ages and thought ‘hurry up and let it happen’.”

the fact everyone is talking about #OddOneOut just makes me unbelievably proud. jesy opened up and put herself out there at her most vulnerable. It’s honestly amazing to see how much love she’s getting and how much support the documentary has received. I hope this means change

#OddOneOut Jesy, thank you so much for this documentary. I can‘t put into words what this means to me. Jesy, you‘re an incredibly strong woman that I look up to for years now. Just know, that you‘re an angel for doing this. Love you. ❤️❤️❤️

Jesy’s fans also blasted the trolls that caused so much heartache.

I never have and never will understand why people decide to troll people on social media. They’re the lowest of the low and even though their targets know this, they can’t help but take their comments to heart. Which is incredibly sad. #OddOneOut