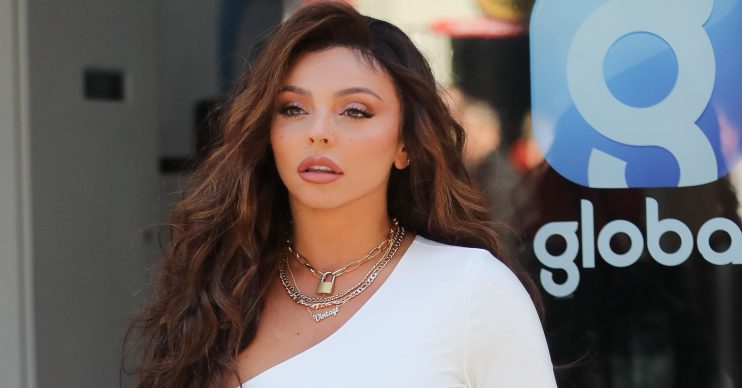 After she admitted that online trolling caused her to try and take her own life, Little Mix star Jesy Nelson has opened up about the life-changing decision she made in a bid to cope with the trauma.

Ahead of her Odd One Out documentary airing on BBC One tonight (September 12), Jesy opened up about the four years of trolling she suffered when she started out in the X Factor girl band.

Speaking to Jamie Theakston and Amanda Holden on Heart, she said: “I was very confident before The X Factor and I lost all confidence. I didn’t want to go out, I didn’t turn up for work – I couldn’t bring myself to get out of bed because I was so depressed.”

The beautiful @JesyNelson joined @Jamie.Theakston and @NoHoldenBack on Heart Breakfast this morning. Thanks for coming in! ❤️

She added that she “never really had a problem” with her weight or the way she looked before the trolling began.

Asked if her bandmates Perrie Edwards, Leigh-Anne Pinnock and Jade Thirlwall also suffered at the hands of trolls, Jesy admitted: “We all had it.”

Read more: Jamie Lomas seen for the first time since bust up with Asan N’Jie

However, she said: “But I think at that period of time I got it the worst. I didn’t look like them, they were all a lot skinnier than me and people didn’t like it.”

She added: “As a young girl I’ve never really had a problem with my weight or the way I looked. And then, after a while, I become obsessed with reading comments and I genuinely started to believe everything people were saying about me.”

She continued: “I didn’t want to perform, I missed certain shows, it was really hard for the other three as well.”

Speaking about what gave her the courage to move on, Jesy revealed the life-changing decision she made – and it involved stepping away from the toxic comments on social media.

“First of all I got rid of Twitter,” she said, calling it “absolutely” the worst form of social media.

She added: “I’ll never have Twitter again, I just can’t. I quite enjoy Instagram. Twitter I feel is just a free for all for everyone to say want they want about you.”

She revealed that kicking her Twitter habit was difficult, though.

“It was a very weird experience for me – I was very addicted to it, so as soon as I got rid of it I found myself saying: ‘No, I need to have it.’ It was like I wanted to hurt myself.”

Jesy added: “The only way I can describe it is I thought, if I keep reading these comments my brain will get used to seeing them so it won’t hurt as much every time I see it.”

Revealing that she still gets trolled now, Jesy admits it’s “nowhere near as bad as it was four years ago”.

However, she said: “I honestly can’t get my head around it. I just don’t understand how you can ever want to make someone feel that way, especially when you don’t even know that person.”

Just a couple of curly haired posers on a Sunday evening ❤️

Saying she now has a “better mindset” and is better able to deal with comments, Jesy said her boyfriend Chris Hughes has been a tower of strength.

As Ent Daily reported, outspoken Katie Hopkins was just one of the many trolls who commented on Jesy’s looks.