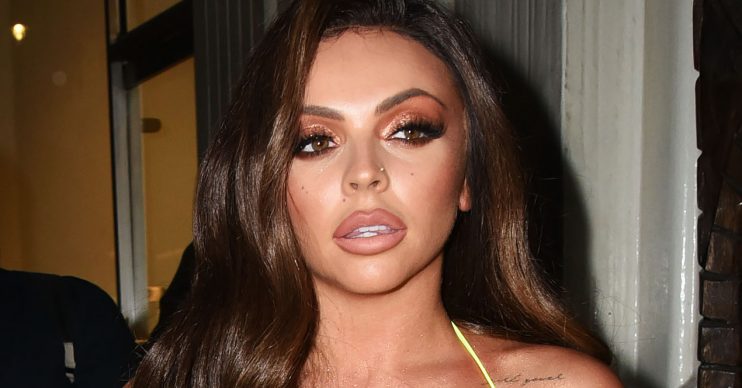 The Little Mix star was pushed to the brink by trolls

Jesy Nelson has spoken for the first time of the devastating lengths constant online trolling drove her to.

The Little Mix singer has revealed that the bullying was so bad she began to starve herself and attempted suicide.

From the moment the girl group won The X Factor in 2011, Jesy was targeted over her appearance.

Speaking to The Sun ahead of documentary Odd One Out, the 28-year-old said: “I was always known as the fat, ugly one. It literally consumed every part of me.

“I just remember thinking, ‘I just need this to go away, I’m going to end this’.

“I remember going to the kitchen and just took as many tablets as I could. Then I laid in bed for ages and kept thinking, ‘Let it happen. Hurry up’.”

Fortunately her then boyfriend, in November 2013, discovered her and called an ambulance.

Jesy also told The Guardian that jibes about her weight in the past had led to an eating disorder.

“I’d starve myself… I’d drink Diet Coke for a solid four days and then, when I felt a bit dizzy, I’d eat a pack of ham because I knew it had no calories. Then I’d binge eat, then hate myself,” she admitted.

“I could see that I was losing weight and sometimes I’d see a few good comments and that spiraled me to be like: ‘This is how I need to stay.’

“No one cares whether your performance was good, or if you sounded great.”

She told the BBC Three programme Odd One Out felt pressure to represent and defend every woman while preaching about confidence.

She added: “I felt I had to be this person who was like… ‘I don’t care what people are saying about me, I’m this strong woman.’

“That was the role I had to take on in the group, when really I was an absolute mess.”

In the film – which airs on September 12 – Jesy explains that, while she loves being part of the Black Magic band, the cruel comments really took their toll.

She said: “Being in Little Mix is just the best thing that’s ever, ever happened to me. But I hit such a low point in my life that I stopped turning up for work.

“From the minute the comments started it got worse and worse. My brain started to believe everything people were saying about me. I felt embarrassed. I felt ashamed.”

Good for Jesy having the courage to speak out and the strength to keep doing her thing under such awful scrutiny every day.

Jesy Nelson: Odd One Out is on BBC Three at 9pm on Thursday