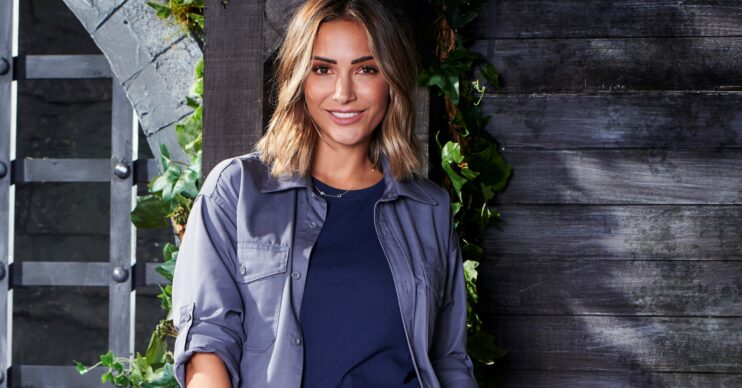 Has pop star Frankie Bridge already revealed she’s getting angry with her fellow campmates on I’m A Celebrity 2021?

A mix of ten celebrities entered Gwrych Castle, Wales, last night (November 21) for the latest series of I’m A Celebrity in the race to be crowned King or Queen of the Castle 2021.

As we know, the popular reality survival show isn’t always easy for its celebrity contestants, and they go through terrifying challenges and give viewers plenty of drama along the way.

Loose Women panellist Frankie – who won her first challenge on the show, the gruelling Turrets of Terror, earning her team a night in the main camp – has previously spoken out about her getting annoyed with people.

How will viewers know Frankie Bridge is getting angry?

Frankie, 32, told The Sun: “Confrontation-wise, I’m not confrontational at all; I hate it.”

And she credits ITV’s Loose Women with helping her “enjoy listening to other people’s opinions”.

She also revealed that this will help her during her time in the camp.

“I think it will help in that I’m used to some stronger opinions and stronger personalities than mine in camp,” she admitted.

However, the mum-of-two did admit that people can tell she is getting angry with just one key sign.

She added: “Everyone says I flare my nostrils [when I’m angry], and they keep saying, ‘I can’t wait to see your nostrils flare on ITV.”

We can’t wait either, Frankie.

Read more: I’m A Celebrity 2021 cast: Frankie Bridge’s husband Wayne appeared when – and how did he do?

It comes after her husband, ex-football star Wayne Bridge – who competed on the reality show in 2016 – cheekily admitted that he will be voting for his wife of seven years to compete in every trial.

The 41-year-old says it will be “comedy gold” to see her compete in an eating challenge.

He told The Sun: “I’ll be voting for Frankie to do every single challenge. Not that I want her to suffer, but I think it’ll be really entertaining. I want to see her reaction; I think it will be brilliant.”

We can’t wait to see it either, Wayne.

Who is your favourite celebrity on I’m a Celebrity? Leave us a comment on our Facebook page @EntertainmentDailyFix