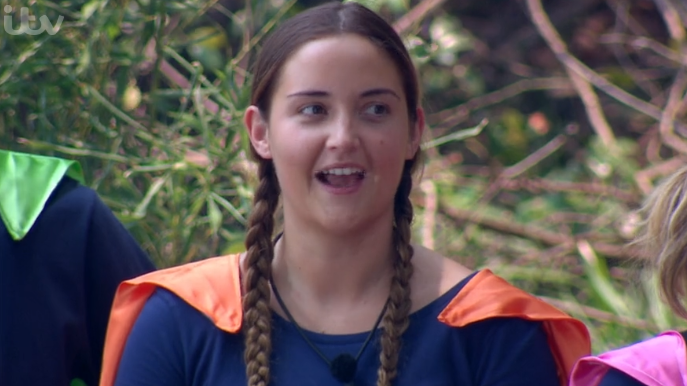 Performance in the annual challenge failed to win everybody over

She’s tipped by many fans to be the next Queen of the Jungle after charming millions of I’m A Celebrity viewers over the past few weeks.

But Jacqueline Jossa came in for a rare bit of criticism on social media last night as her performance in the annual Celebrity Cyclone trial failed to win over everybody watching at home.

Jac, 27, was the second of the four celebs to step up to the jungle water-based assault course, following Kate Garraway.

And while Andy Whyment pursued a “Terminator” approach to standing tall as he was bombarded with blow up balls, powder paint and water jets, Jac’s tactics did not impress the audience quite so much.

Read more: I’m A Celebrity: Kate Garraway misses out on place in final as she’s voted out

Apparently struggling to make much movement as she was being hosed, Jac’s solution to making her way up the slippery slope was to plonk herself down on the surface and scooch along while sitting down.

Many of those watching felt she took too long with her efforts – and were irked by her slow progress.

What was Jac Jossa fannying about at on Celebrity Cyclone?

“Anyone else get full blown annoyed at Jac during the cyclone when she just sat there #ImACeleb,” wondered one irritated viewer.

Another said: “Think Jacqueline doing the cyclone was the worst performance I have ever seen in that trial ever.”

Another frustrated social media user questioned her plan: “Jacqueline is just annoying me on this challenge. Put your bum away #ImACeleb.”

Jacqueline is just annoying me on this challenge. Put your bum away #cyclone #imaceleb

And a fourth fumed: “If Roman and Andy don’t get a chance to do the cyclone because Jac is [bleep]ing about being a drama queen I think the entire country will be [bleep]ed #imaceleb.”

“Best part of cyclone was Jac, wow #ImACeleb,” tweeted one.

Jac sat in the middle of the cyclone not moving like #ImACeleb pic.twitter.com/lAR6MrDH1T

And Jac’s ‘relatable’ willingness to call herself ‘Captain Thunder Thighs’ also went over well with those at home.

“Captain thunder thighs is a MOOD #ImACeleb,” tweeted one fan.

Another echoed that thought, adding: “Captain thunder thighs is a mood that I will forever relate to #ImACeleb.”

And a third agreed: “Captain thunder thighs Jacqueline is me. #imaceleb.”