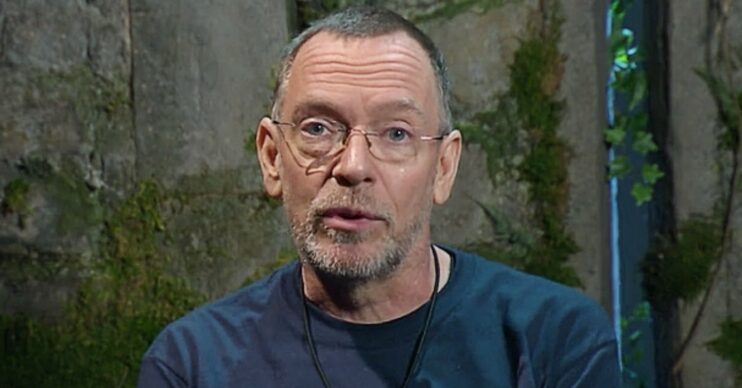 I’m A Celebrity fans have called out Adam Woodyatt for his “miserable” behaviour in camp.

In fact, they said that he bears a striking resemblance to his EastEnders character, Ian Beale, when it comes to personality.

Why did I’m A Celebrity viewers think Adam turned into Ian Beale?

The claims from viewers came after an incident on Wednesday night’s show (December 8).

Adam, 53, had a bit of a go at Naughty Boy after he had a lie-in and he had to do the cleaning chores on his own.

That left the EastEnders star to have a pop at the music producer.

He then said to Snoochie: “Seriously, Naughty’s going to wake up and there’s going to be nothing for him to do.”

One thing is certain, Adam Woodyatt doesn’t have to go all method to play Ian Beale. #ImACeleb

lol adam really isn’t an actor is he, he is ian beale full time #ImACeleb

How did viewers react to Adam’s swipe?

Viewers soon clocked his “miserable” behaviour and took to Twitter.

One said: “lol adam really isn’t an actor is he, he is ian beale full time #ImACeleb.”

A third added: “There’s no difference between Adam and his character Ian [eyes emoji] #annoying.”

Finally a fourth joked: “One thing is certain, Adam Woodyatt doesn’t have to go all method to play Ian Beale. #ImACeleb.”

“Castle won’t be the same”

The incident didn’t last long, because Naughty Boy became the fourth celeb to be voted off.

After he left the camp, Danny Miller said about his pal: “I’m gutted, not going to lie. I am gutted.

“Castle won’t be the same without Naughty Boy.

“He brings a different kind of energy to this camp. It’s a tough one, he’s a lovely, lovely man.”