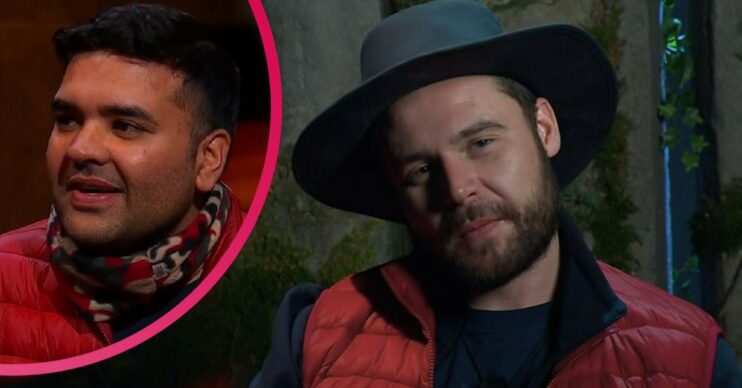 I’m A Celebrity star Danny Miller has divided viewers as he shared his thoughts on Naughty Boy’s exit.

What did Danny Miller say on I’m A Celebrity?

After Ant and Dec announced Naughty Boy would be leaving the castle, Danny said he felt “gutted”.

Danny said: “I’m gutted, not going to lie. I am gutted.

“Castle won’t be the same without Naughty Boy. He brings a different kind of energy to this camp. It’s a tough one, he’s a lovely, lovely man.”

David said: “It was a surprise, he’s going to be missed.”

Danny replied: “Yeah he will, he will.”

However, some viewers pointed out that Danny had previously criticised Naughty Boy over doing so many trials.

After Naughty Boy was chosen for another trial, Danny said: “So boring, night after night. Boring, boring, boring.

“You know it would be nice to switch it up and chuck a couple of other people in there but the British public want to see Naughty Boy.”

During another show, viewers even accused Danny of ‘throwing daggers’ at Naughty Boy as the DJ shared his thoughts on who should do a trial.

One person said on Twitter: “Wtf Danny!? Castle won’t be the same without Naughty! How two-faced.”

Another wrote: “Danny is fake, trying to save image.”

Another tweeted: “Wait a second, Danny was bitching about Naughty Boy literally in the last episode and several before, and now is saying he’ll miss him?”

However, others love Danny on the show as one person said: “I love how Danny is getting more air time now.”

Another wrote: “Danny is such genuine down to earth man!”

What do you think? Head to our Facebook page @EntertainmentDailyFix and let us know!