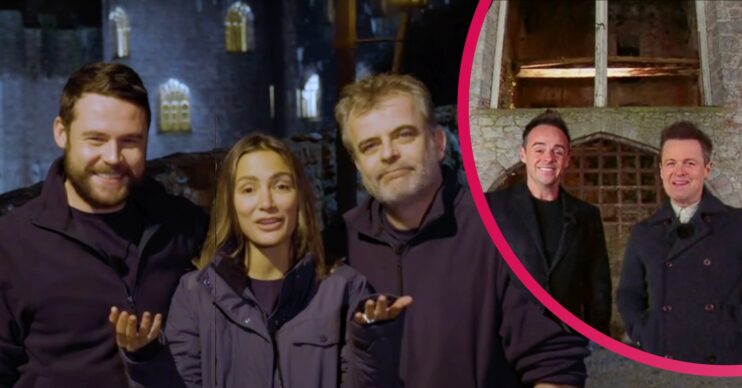 Bad news for I’m A Celebrity fans as bosses book Gwrych Castle for 2022?

Bosses are hopeful for a return to Down Under but have taken precautions just in case...

Many I’m A Celebrity fans aren’t going to be happy with the current castle news surrounding the hit ITV show.

I’m A Celeb could be heading back to Gwrych Castle in 2022 – with ITV bosses having reportedly already reserved the castle for a third year running.

The 2021 series of I’m A Celebrity came to an end on Sunday (December 12), with Emmerdale star Danny Miller walking away as the winner. Fans of the show have been calling for a return to Australia throughout this series and were hoping to say goodbye to Gwrych Castle forever on Sunday.

However, ITV bosses apparently have other ideas. Despite fans wanting a return to Oz, they could in fact have to watch yet another series in North Wales next year.

It is believed that while bosses are hopeful for a return to Australia in 2022, they have struck an agreement with Gwrych Castle that the historic site won’t take any other bookings in November 2022.

I’m A Celebrity has been filmed at Gwrych Castle for the last two years. It was filmed there in 2020 due to COVID-19 restrictions preventing entry to Australia, and was filmed there again this year too.

What has been said about I’m A Celebrity’s future?

A source spoke to The Sun about the possibility of a third year in Gwrych Castle.

“At the moment it is pretty much nailed on for a third year in the castle,” they revealed.

They then explained that whilst Australia is opening up at the moment, it could shut again at a moment’s notice.

“The executives are happy to stick with Gwrych Castle for another year and then after that, the show might finally get back Down Under,” they continued.

“The show has the option for a third year and the trustees won’t take on any other bookings without letting ITV know.”

What was the reception to the show’s return to Wales in 2021?

A viewers poll recently revealed that the majority of fans hope I’m A Celebrity 2022 is in Australia. I’m A Celebrity fans also said producers should find a new venue, should a return to Oz be out of the question.

41% of viewers said that the show should take a rest if it can’t return Down Under.

“Cancel this show if it doesn’t return to Australia next year,” one viewer tweeted on Sunday.

“These @imacelebrity trials are soooo underwhelming. Please let us back in next year Australia,” another said.

“If you can’t film it in Australia it’s time to stop,” a third told the I’m A Celebrity Twitter account.

Read more: Frankie Bridge responds to comments about her I’m A Celebrity appearance

From a production standpoint, the 2021 series of I’m A Celebrity was a difficult one. On day five, Richard Madeley withdrew from the show due to a hospital dash which meant he broke his Covid bubble.

On November 27, the celebrities were evacuated from the castle as Storm Arwen wreaked havoc. The show went off the air for three days as the storm ran its course.

Viewing figures reportedly dropped for the 2021 series too. The last series in Australia in 2019 saw 13.04 million viewers watch the finale. Under seven million apparently watched the finale episode this year.

Would you be happy with another series at Gwrych Castle? Leave us a comment on our Facebook page @EntertainmentDailyFix and let us know.