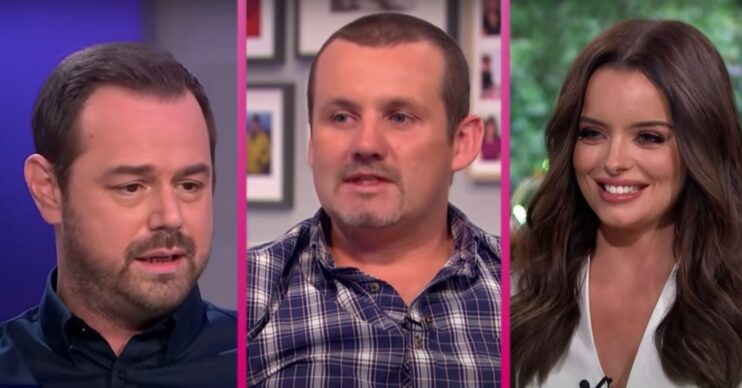 Ryan Moloney is bookies' favourite to join the cast

The 2022 series of I’m A Celebrity will be back in Australia and there are already a few names in the frame when it comes to famous campmates rumoured to be taking part.

Although it doesn’t kick off till the autumn, there’s always rumours swirling about the line up – and this year is no different.

In fact, fans are already betting on which celebrities they’d most like to see in the line up.

Here’s what bookies are saying…

Fans have already placed their bets on which celebrities they’d most like to see in the Australian jungle.

According to BoyleSports, Love Island star Maura Higgins is a popular choice to be a part of the next camp, with her odds clipped at 5/4 from 6/4.

Former Strictly professional Oti Mabuse is also in the running at 5/4.

Danny Dyer has sparked punters to get behind his chances now that he has left EastEnders.

The soaps star’s odds of him taking the journey to Australia have been clipped into 2/1 from 3/1.

Read more: I’m A Celebrity 2022 ‘to have schedule shake up for sake of viewers’

Professional boxer Tyson Fury has also been introduced to the betting at 10/1.

The star has been rumoured to join the cast after claiming he will retire following his recent victory over Dillian Whyte.

Ryan Moloney is bookies’ favourite to be in line up

Aussie soap star Ryan Moloney is all the rage to join the reality series in the jungle.

The Neighbours star, famous for playing Toadfish, will have a lot of extra time on his hands with the Ramsey Street soap due to come to an end.

Which makes him a perfect candidate for joining Ant and Dec Down Under!

Who do you want see take part in I’m A Celeb this year? Head to our Facebook page @EntertainmentDailyFix and let us know.