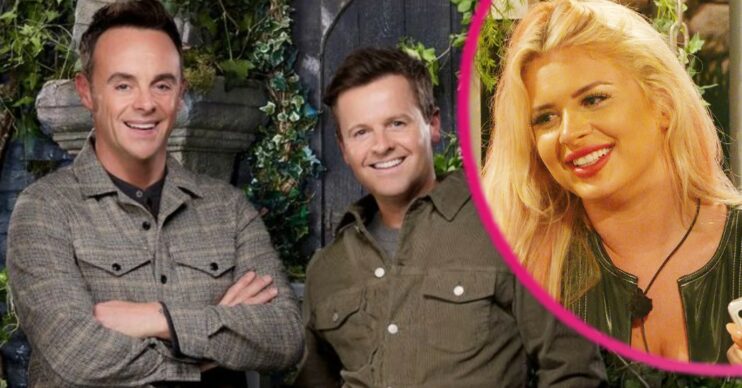 It's definitely a change from Majorca

I’m A Celebrity 2021 is set to return to Wales this year, with Love Island’s Liberty Poole rumoured to take part.

But could she go all the way in the Welsh castle?

According to bookies, Liberty is a favourite to take part in the upcoming series.

She is already tipped 2/1 to head into the Welsh castle.

Liberty was by far the most popular Islander of the series

Alex Apati of Ladbrokes said: “Liberty was by far the most popular Islander of the series, and she could be set for a stint on another ITV show later this year, with I’m A Celeb chiefs likely to come calling.”

While the show hasn’t featured an Islander in the past, reality stars have proven popular with viewers.

As well as Vicky Pattison, other reality winners include Georgia Toffolo and Scarlett Moffatt.

Who else is tipped to appear on I’m A Celebrity?

Meanwhile, Tommy Fury is also a favourite to appear on the show.

Read more: I’m A Celebrity… Get Me Out Of Here!: Denise Van Outen’s one condition for saying yes

However, fans will have to wait until the show kicks off in mid-November to find out the full line-up.

Despite initial plans to return to Australia, the show will be based in Wales this year.

The decision was made due to the spread of the COVID Delta variant Down Under.

Following the news, reports suggested that bosses were already in talks with contestants.

A TV source told The Sun: “Bosses are still in talks with loads of top celebs about taking part and feel confident this won’t put people off given last year’s success.

“But for some of the talent, roughing it for weeks in wet and cold Wales isn’t going to be as much fun as doing that in the Australian jungle.

“Luckily for bosses, the ones who have signed contracts are all still on board. And bosses have still got plenty of time to pull out all the stops when it comes to booking major talent.”