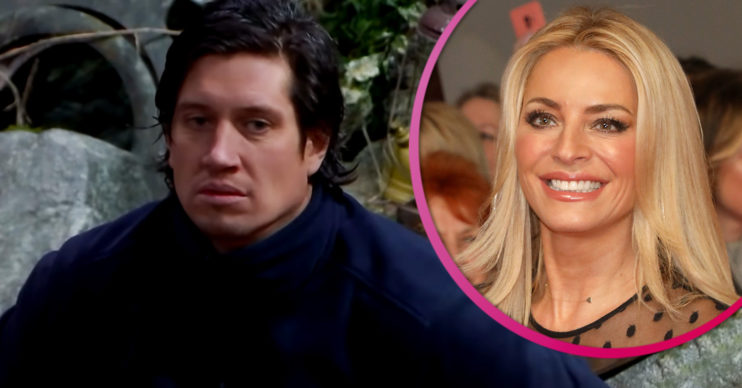 I’m A Celebrity 2020: Vernon Kay reveals he broke down over ’emotional and physical exhaustion’

I’m A Celebrity 2020 star Vernon Kay revealed he became emotional because of exhaustion.

The star, who finished in third place on the show, admitted he felt homesick and struggled with the food portions.

Vernon, who lost two-and-a-half stone in the castle, said the scenes of him in tears didn’t air on TV.

What did Vernon Kay say about I’m A Celebrity?

Speaking to the Daily Star on Sunday, the Family Fortunes star said: “When you’re in there, you are emotionally drained because you are missing your family.

“I felt comfortable with that group of ­people that I could cry. I didn’t think about trying to stop myself from ­getting emotional.”

In addition, he added: “You are physically drained, too. We were eating nothing but rice and beans most of the time.”

Meanwhile, Vernon recently reunited with his wife Tess Daly and their daughters Phoebe and Amber.

After he finished in third place, Strictly Come Dancing host Tess paid tribute to her husband on social media.

Vernon went in there and he wanted to make us proud.

She said: “Wow, that was a rollercoaster. What a brilliant series.

“Vernon went in there and he wanted to make us proud.”

In addition, she added: “I just can’t wait for him to come home. Yes, Vernon, the fridge is full!”

Meanwhile, she later revealed she had stocked up on his favourite treats after learning he had lost 30 pounds.

Tess said: “I’ve been shopping to get some of his fave foods ready for his return…

Did you vote for Vernon to win? Leave us a comment on our Facebook page @EntertainmentDailyFix and let us know.