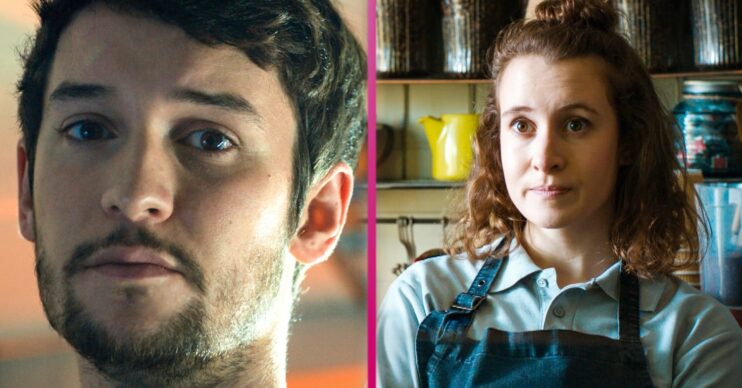 Is Evie in danger?

Holby City spoilers reveal that the hospital staff find out about the explosive device Cameron Dunn planted in the hospital. But will they be able to stop it?

Recently Cameron returned to the hospital for a trial surgery. However he managed to escape before setting up a bomb in the hospital.

Holby City spoilers: The news of the bomb spreads

In a new teaser released on Holby City’s Twitter page, Cameron can be seen in a hospital bed, telling someone he set an explosive device to go off.

Chloe and Josh get the news there’s a bomb somewhere in the building, but they can’t move Ange, who is in a hospital bed.

Continuing Fletch can be seen desperately looking for his daughter Evie.

Outside the hospital, Max reminds the team to “get everyone out alive.” Will Evie be found, or is she in danger?

In the final clips, the bomb can be seen counting down as Cameron holds on to his hospital bed.

Over the last few months, Evie has grown closer to her dad’s girlfriend, Jeni.

However she didn’t realise Jeni was grooming and manipulating her into a sex-ring.

Jeni set Evie up with older man Rich and she began attending parties with him.

Jeni then encouraged Evie to take Donna’s 15-year-old daughter Mia to the parties.

After discovering Rich had been dating 17-year-old Evie, Fletch punched him and he had a seizure.

While Jeni has continued to try and cover what she’s been up to, will the truth come out as Holby is in danger?

Holby City continues Tuesday (September 7) at 7.50pm on BBC One.