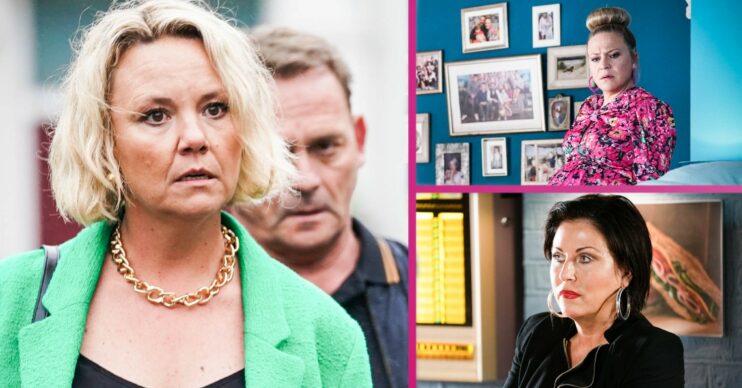 A familiar face returns to Walford

EastEnders spoilers for next week reveal Janine making an epic return to Walford.

Meanwhile Jean is stuck in a difficult situation and Rainie grows suspicious about Linda‘s pregnancy. 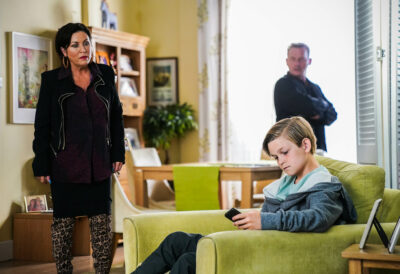 Martin calls Kat and explains Tommy is upset about the court case with Scarlett.

Kat realises she needs to be honest.

She tells Tommy that Alfie isn’t his real dad, his uncle Michael is – making Tommy and Scarlett siblings.

Tommy’s shocked but even more determined that they need to look after Scarlett. 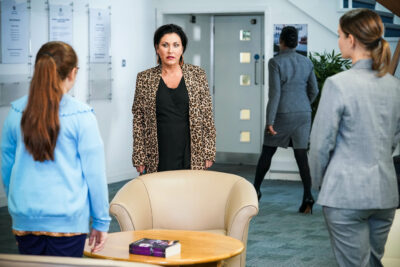 Later Kat arrives at the courthouse and tells the social worker she wants to become Scarlett’s carer.

Kat’s about to tell Scarlett the truth about Tommy when Janine bursts in.

The hearing starts and Janine lays it on thick, giving a testimony about how she’s redeemed herself.

Later Janine arrives in The Vic and tells the locals what she thinks of them all, leaving Kat more determined to get Scarlett away from her mother. 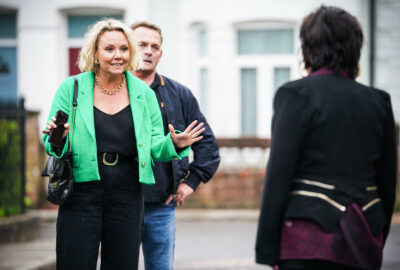 Phil and Kat are frosty as he’s not keen on her getting involved with Scarlett.

Billy tries to stick up for Janine to Kat’s annoyance. 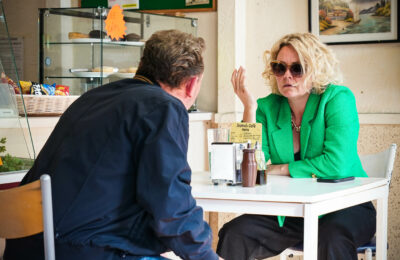 Kat is sure Janine has taken Scarlett and Billy tries to reach her.

Lola realises Tommy is upset and Kat promises that they’ll find his sister.

Billy gets a text from Janine, they meet up and she says goodbye – she’s given up hope on Scarlett and wants to leave.

Billy tells her Scarlett is missing, but it’s clear Janine had no idea. 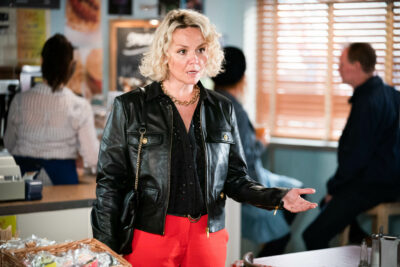 Tommy and Scarlett are upstairs, he’s been hiding her and they hear the commotion from Phil and Shirley.

Tommy wants to call for help but Janine has other ideas.

She scuffles with the kids and they don’t notice Scarlett’s jumper landing on the lit hob from Phil’s cooking earlier.

The flames start to rise…

5. Jean stuck in a difficult situation 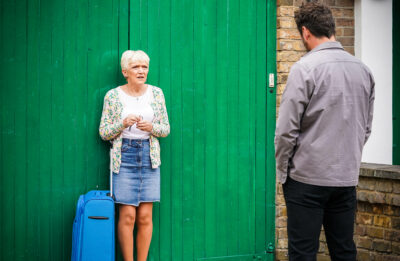 Ruby tries her best to distract her husband but she can’t stop him leaving.

Martin is sure Jean is going to open up about her diagnosis, but she’s thoroughly distracted and ushers him away.

It’s revealed the marijuana in the garage didn’t die while Jean was away – it’s grown more than ever and she’s not sure what to do. 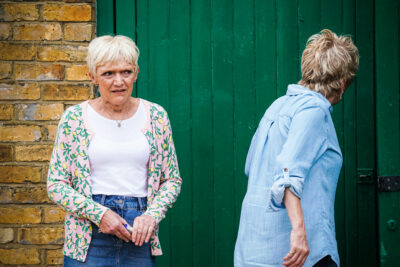 Ruby panics as Martin comes home, sure Jean has told him everything.

However he explains he was chucked out. She hides her relief as Martin is sure something is wrong with Jean.

Meanwhile Jean summons Shirley an shows her the garage, pleading for help. 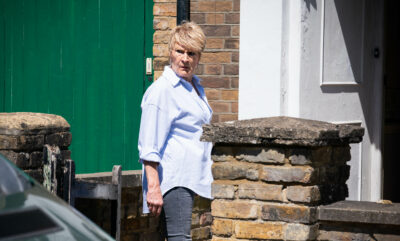 Shirley and Jean, who’s trying her best to not be involved in criminal activity, set their plan in motion.

Martin tries to reach Jean again, as Ruby distracts him he gets a call from Lily’s school.

Ruby is sure she can smell something. At home Martin tells Ruby that Lily got caught with weed at school. 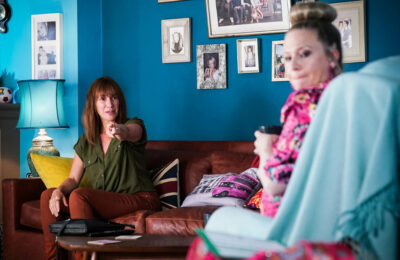 Stuart and Rainie clash over missing Abi. When Linda tries to make Rainie feel better, her own guilt gets the better of her.

However she’s left feeling more worried that Max and Rainie might work out the truth.

Vi mentions that Linda looks very big for how far long she is which gets Rainie thinking. 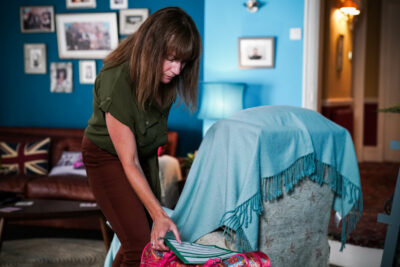 She later pops round to se Linda, asking for a cuppa.

She spots her hospital bag and gets rooting through it when Linda’s back is turned.

Soon The Vic is dressed for Pride and Linda texts Rainie to check in.