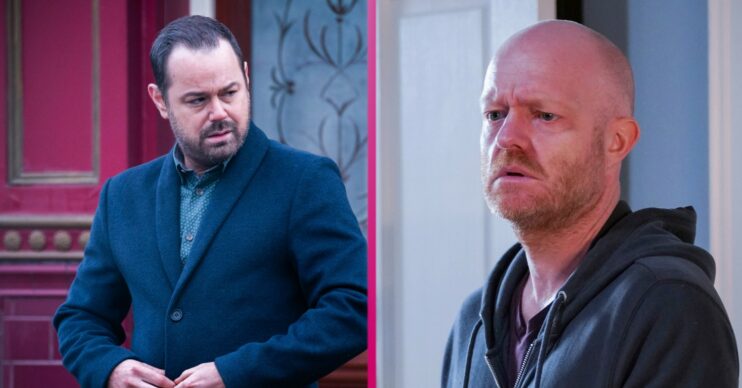 Max left Walford earlier this year after having a relationship with Linda Carter.

Linda ended up getting back together with her husband Mick and later found out she was pregnant.

However she realised that the baby must be Max’s.

Read more: EastEnders SPOILERS: Look out Walford, Janine is back!

While Max is now abroad with his granddaughter Abi Jr, Linda and Mick have been telling people Mick is the baby’s father.

But could the birth of Linda and Max’s baby lead to Max’s return?

Richard Arnold asked Danny if Jake Wood, who plays Max, would come back to the show.

Danny said: “Well it’s open for him to come back, sure I mean the fact that he’s now got a baby with Linda, the drama really only works if he’s about.

“But we’re sort of in the realms of the Square finding out, which means that we’re panicking slightly and we need to get out of the Square.”

The drama really only works if he’s about.

Danny then pointed out his co-star Kellie Bright, who plays Linda, is having a baby in real-life and teased an exciting Christmas in Walford.

He continued: “Kellie is having a baby in real-life. Amazing, she’s such a warrior that girl.

“It goes right off at Christmas, let me tell you that now. Course it does, it’s Walford innit mate.

“We had one year where we were all sat around the piano and all singing and no one liked it.”