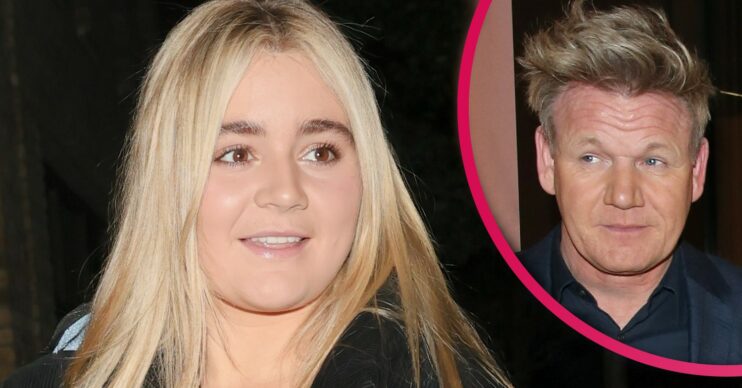 Tilly has followed her dad's advice so far!

Tilly Ramsay was issued a warning from her dad Gordon Ramsay before doing Strictly Come Dancing.

The TV star has become a favourite on the BBC One show thanks to her partnership and performances with Nikita Kuzmin.

Now while Tilly has been at the centre of ‘curse’ rumours, that was all shut down when reports recently emerged claiming she and Nikita’s girlfriend had formed a bond.

And a good job too, as Gordon had previously warned her against dating the dancers!

When Tilly was unveiled as a contestant for Strictly on This Morning, her mum Tana and dad Gordon sent a short message.

In a video message, Gordon said: “Don’t date those dancers.”

How has Tilly’s Strictly journey gone so far?

Tilly has had a tough couple of weeks after LBC Radio presenter Steve Allen made comments about her figure.

During his early morning slot, Steve referred to Tilly as a “chubby little thing”, before adding: “Probably her dad’s cooking I should imagine.”

Shortly after, Tilly released a statement hitting out at Steve’s remarks.

She said: “Steve please feel free voice your opinions however I draw the line at commenting on my appearance.”

Gordon also spoke out about Steve’s comments, saying on an Instagram Live: “It made me feel very proud that she stood up and said, ‘I’m not taking this.'”

When did Tilly first appear on TV?

Tilly appeared on her dad’s show The F Word in 2005, when she was just four years old.

Megan, Jack and Holly also appeared on the show, with Tilly making another appearance in the second series of the Channel 4 show.

Appearances on Gordon’s shows Hell’s Kitchen and MasterChef Junior followed between 2010 and 2015.

And, in 2015, it was announced that keen cook Tilly was getting her own cooking and entertainment show.

Matilda and the Ramsay Bunch – which also starred her family – ran for five series on CBBC and saw the young star amass quite the following from young viewers.

A keen cook since she was a youngster, Tilly also fronted a campaign on This Morning with dad Gordon.

Big Chef Little Chef saw Gordon and Tilly cooking in a bid to encourage other youngsters to take up cooking as a hobby.

Tilly went back to Hell’s Kitchen for a special episode revolving around her Sweet 16 birthday party.

She’s also written a cookbook – much like her mum Tana.

And she’s quite the star on TikTok.

She has 9.5 million followers and her posts have been liked a whopping 105 million times!

Do you enjoy watching Tilly on Strictly? Tell us on our Facebook page @EntertainmentDailyFix.