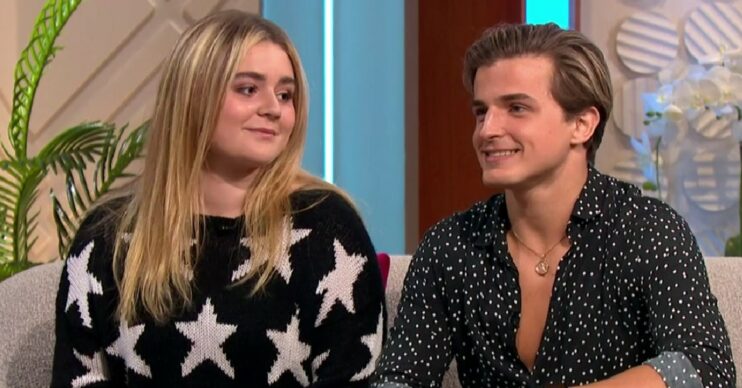 Tilly Ramsay and her Strictly partner Nikita Kuzmin are determined to shut down curse rumours.

Every year Strictly contestants are plagued by reports that they are romantically involved with their professional partner.

Rumours about Tilly, 19, and Nikita have swirled ever since the show began.

They worsened when his girlfriend, Nicole Wirt, deleted a social media post in support of her boyfriend and Tilly.

In a bid to cut off the suggestions at the source, it’s been reported that Tilly met Nikita’s girlfriend last week.

Nicole visited London to spend time with the Strictly dancer.

An insider told The Sun that Nicole and Tilly got on well, and formed a “bond” instantly.

“When Nikita’s girlfriend Nicole came to London she immediately visited him and Tilly,” said the source. “They got on like a house on fire and bonded over Nikita. Nicole also gave them some tips on their dancing.

“It couldn’t have gone better between them. There is a huge amount of trust needed between a couple when one of you is spending hours in the arms of another woman. And Nikita and Nicole have that trust – they’ve been together for five years.

Apparently, the pair hit it off so well that they intend to remain good friends after Strictly comes to an end later this year.

Meanwhile, Tilly and Nikita will be dancing the cha-cha this weekend to Gary Paxton’s Spooky Movies as part of the Strictly Halloween special.

It’s been a rocky road for Tilly on Strictly.

On his morning show on LBC, he called her a “chubby little thing”.

His cruel remark provoked widespread anger and complaints to Ofcom.

Following the backlash, Steve has since apologised privately for his comment.

Leave us a comment on our Facebook page @EntertainmentDailyFix and let us know what you think of  Strictly Come Dancing stars, Tilly and Nikita.