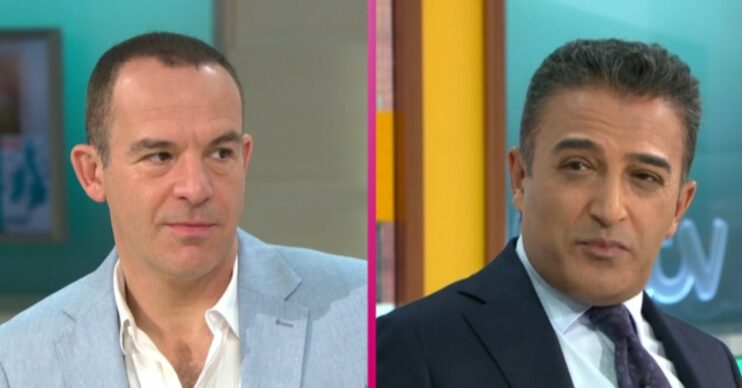 Viewers had been calling for Martin to become a full-time host after his successful stint fronting the show on Monday and Tuesday (March 21 & 22).

However, he was nowhere to be seen today as he was replaced by Adil Ray instead.

Viewers were left disappointed today as Susanna Reid fronted the show alongside a new co-host.

This week so far, Susanna had presented GMB alongside money-saving expert Martin – a move that went down a treat with viewers.

However, the 50-year-old had a new co-star today in the form of GMB regular Adil.

Adil spoke about replacing Martin at the start of today’s show.

“Martin Lewis tweeted me last night saying ‘I’ve been keeping the seat for you’, and he was right actually. It still is quite warm,” Adil joked.

“It’s firey hot, actually,” Susanna said. “Because he’s been on fire all week.”

Some viewers didn’t react well to seeing Adil fronting the show this morning. Many took to Twitter to complain.

“Ahhhhh [bleep]… Adil… off to do my washing and hoovering,” one viewer tweeted.

Another ranted: “Turned over as soon as I saw Adil on.”

A third said: “Turned GMB off as soon as I seen Adil Ray on. He talks over guests and seems to think he’s the bee’s knees as a presenter.”

Another added: “Turn the TV on @adilray is on. Turns TV off.”

Others were happy that Adil was back, and even happier that he was replacing Richard Madeley.

“Yaaay! Between you and Martin please keep Alan Partridge off our morning screens please,” one tweeted the 47-year-old.

“You should be a permanent presenter,” another told him.

One tweeted: “You should be on every day Adil.”

Following a successful couple of days co-hosting GMB alongside Susanna, many viewers were calling for Martin to host the show full-time.

However, Martin was quick to shut this idea down with a tweet to his 1.2 million followers yesterday.

“Many kind comments about me doing @GMB more permanently,” he wrote.

“Sadly the workload & hours mean its not compatible with my day job, so I can’t do more. Shame, as I enjoy the challenge.”

“Yet being the Money Saving Expert is m’calling & where I think I’ve most impact,” he continued. “I can’t risk that.”

Whilst viewers were disappointed, they were understanding too.

“You do a very good job on GMB, but you do a much better and well needed job as a consumer expert,” one said.

He may not have hosted Good Morning Britain today, but here’s hoping Martin will return soon!