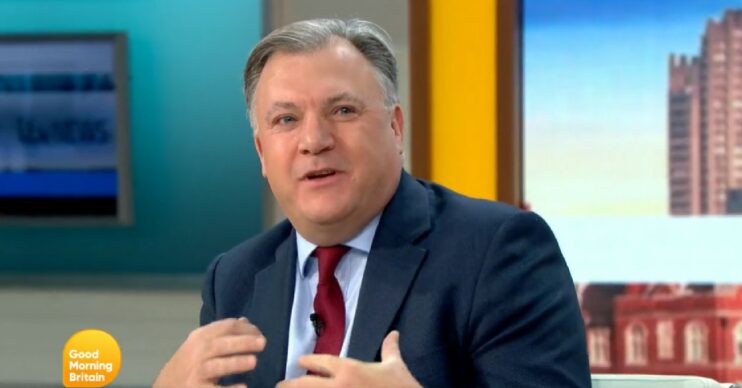 Ed Balls made his debut on Good Morning Britain this week, and sent viewers into meltdown.

The former Labour Shadow Chancellor became the latest person to step into Piers Morgan‘s old slot on Monday and Tuesday (November 15 and 16).

But some viewers were unimpressed with his stint alongside Susanna Reid.

And some viewers picked up on one of Ed’s habit – he struggled to read the autocue at times throughout the show.

“Ed’s really making a Balls up of reading the autocue! Is he on work experience or something? #GMB #EdBalls,” one complained.

At last a presenter who does not over talk.

Read more: Ed Balls reveals his own mum doesn’t recognise him as a result of her dementia

One angry GMB viewer wrote: “Ed is awful at reading the autocue.”

A third added: “I know every presenter reads an autocue but Ed Balls makes it very obvious that he’s reading. He’s a nice guy but he’s not a natural presenter.”

But others loved seeing him as the new anchor.

One fan tweeted: “Ed is very refreshing to have on. Great to see a variety of presenters joining the team. My very best wishes to him. #GMB.”

A second added: “At last a presenter who does not over talk. Been very good viewing this morning. Please no more [Richard] Madeley.”

And a third said: “Really like Ed’s presenting style… he’s a natural. Jokey and relaxed.”

What else has Ed presented on TV recently?

His mother has been diagnosed with dementia and lives in a care home.

The programme sees him spend a day at a nursing home in Liverpool as he aims to get a better understanding of the realities facing elderly social care.

What did you think of Ed Balls’ appearance on GMB? Let us know over on our Facebook page @EntertainmentDailyFix.