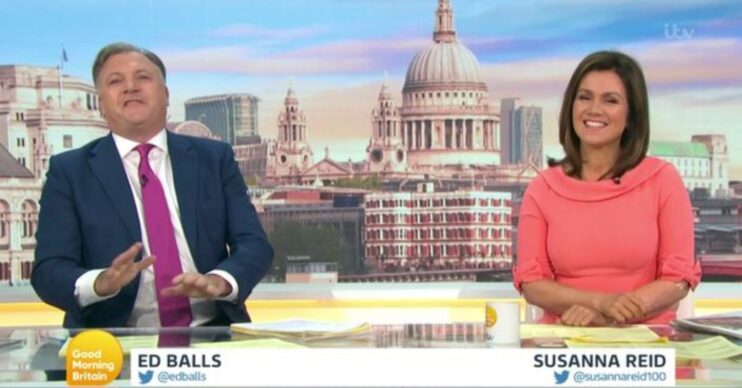 It was awkward and ill-judged

Model Reeva was just 29 years old when she was gunned down in 2013 by her then-boyfriend athlete Oscar Pistorius at his South African home.

After serving half his 13-year sentence for the crime, the 34-year-old is now eligible for parole.

Her grieving parents Barry and June appeared on GMB today (15 November) to discuss their feelings for the Paralympian.

The latter recently penned them a letter of apology “taking full responsibility” for the crime that shocked the world.

Susanna asked June: “How do you feel about Oscar Pistorius right now? What are your thoughts and feelings about him? I know you have a faith, and I wonder if that has made you think certain things about him and what he did?”

June responded: “He’s shown no remorse, and he would only show remorse, I think if it contributes to him getting out of jail.

“We haven’t had the whole story, I don’t believe it’s the truth. He changed his mind three times under oath. That’s what we want, the truth.”

While June said that she had ‘forgiven’ the man who took her daughter’s life, she was quick to point out that his ‘sorry’ words were simply not enough.

She told Ed and Susanna, 50, that Reeva had “her future was ahead of her” and that Oscar “took everything away from her and us”.

The couple added: “This has been a horror story for us.”

Ed and Susanna further questioned them on whether Oscar Pistorius should be released.

June replied: “He must serve whatever his full term is; in my eyes, he must still pay for what he has done, and that’s what we’re expecting.”

Viewers complained in their droves on social media about the insensitivity of Ed and Susanna’s questioning.

One viewer wrote: “That was one 0f the worst interviews I have seen.”

Another said: “You need to have some more respect, @GMB. Imagine asking such insensitive questions to Reeva’s parents!”

A third piped up: “This is one of the most awkward, uncomfortable and ill-judged interviews (with Reeva Steenkamp’s parents) I’ve seen on #GMB and that’s saying something.”

Former politician Ed was making his debut on the show this morning, a job he called “daunting”.

The 54-year-old will be presenting the show for three days this week while Richard Madeley is on a break to take in I’m A Celebrity.

What did you think of the Good Morning Britain interview today? Head to our Facebook page @EntertainmentDailyFix and let us know.