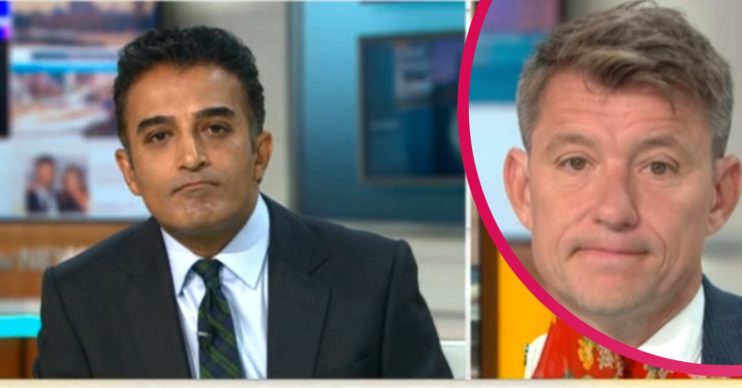 With Summer in full swing, Piers Morgan and Susanna Reid are off for a six week break, meaning it’s all change in the GMB studio.

Piers and Susanna’s usual Monday to Wednesday slot is being hosted by Ben Shephard and Kate Garraway on Monday and Tuesday. On Wednesday Ben was joined by Charlotte Hawkins.

Today (Thursday, July 16) Adil has joined Charlotte for the morning.

Adil first presented the show as a stand-in in 2018, but hasn’t been seen in the hosting chair for a while.

He was back this morning to give Ben a rest though, and viewers weren’t all pleased to see him.

What did Good Morning Britain viewers say about Adil Ray?

One said: “Rather have Dicky Madeley.”

Who is this guy presenting #gmb this morning. He really does sound like he’s got a stick up his ass #uptight pic.twitter.com/daythA9OfZ

Who employed adil!? #GMB he’s the worst presenter ever

Adil Ray speaks too loudly and far too fast, so far all he’s done is shout over Charlotte and not let her finish a sentence, and we’re only 40 minutes into the show! Hes definitely not a natural presenter…maybe he’s trying to emulate Piers’ style? 😅🤷‍♀️#gmb 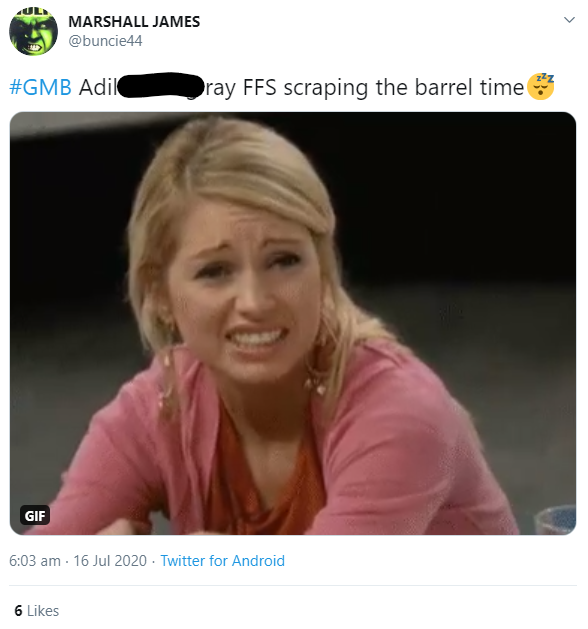 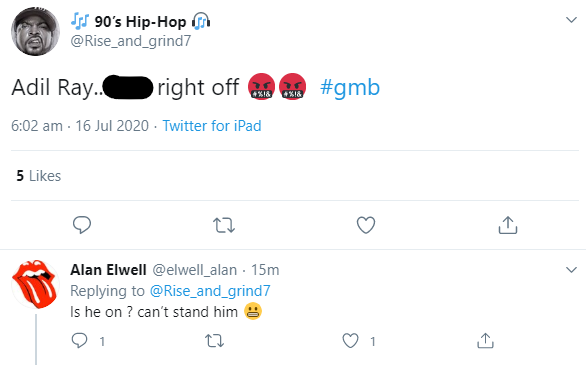 Some viewers pleased to see Adil on Good Morning Britain

Not everyone was disappointed though. Some certainly saw the bright side of Adil’s appearance.

One said: “Could be worse, could be Adil and Ranvir!”

“Good to see Adil Ray back on GMB. Not as good and fiery as Piers Morgan, but who is? There’s one plus that Richard Madeley isn’t boring us to death! Welcome back Adil Ray.

A third added: “Sooo good to watch GMB without any nonsense.”

Good to see @adilray back on @GMB. Not as good and fiery as @piersmorgan, but who is? There’s one plus that Richard Madeley isn’t boring us to death!! Welcome back @adilray #GMB

What was on GMB today?

Adil and Charlotte hosted a discussion on graffiti after the news Banksy’s latest piece of art has been removed from the London Underground.

Dr Hilary was also on  as usual. He talked about the news a coronavirus vaccine is close to being found.

He urged caution and said although it’s positive news, there’s still a long way to go with testing before it becomes available to the public.

Will Adil Ray be back on Good Morning Britain?

Good Morning Britain continues every weekday from 6am on ITV.