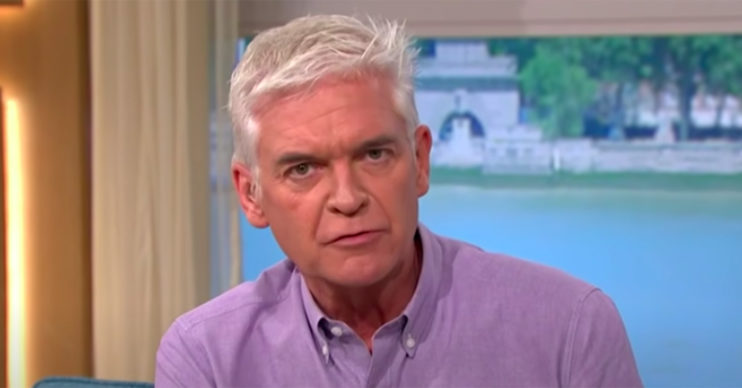 Phillip Schofield shared a very up close and personal video indeed with his fans.

The This Morning presenter, 58, is enjoying a summer off from his usual hosting duties.

But it looks like there is truly no rest for the wicked, as he lamented suffering from joint pains.

Taking to Instagram, he wrote of how he was taking a steaming bath to help ease his ailments.

In the video he is shown in a filled-to-the-brim bubble bath.

He slowly slides down under the water – with only his hand filming the clip remaining above the surface.

Addressing his 3.2 million followers, he explained he had muscle pain after filling a skip with rubbish.

He wrote: “Filled a skip and a half today!! It says on the bottle ‘muscle relaxant’ fingers crossed!”

Earlier that day he’d shared his BBQ efforts as he cooked giant prawns for his family.

Phil and his co-presenter Holly Willoughby are taking time out from This Morning.

Expected to return in September, they are being temporarily replaced by a rota of presenters.

Read more: Gemma Atkinson says she is ‘baffled’ by those against face masks

Eamonn Holmes and Ruth Langsford will host Monday to Thursday.

Phil and Holly are on their summer breaks

On Fridays Rochelle Humes and Ore Oduba will host.

Alison Hammond will present with Rochelle at the end of the month and then for August she will co-host with Dermot O’Leary.

This has been a huge year for Phil, and he is likely well in need of a good rest.

The veteran telly host came out as gay in February.

The married dad of two said he had been keeping his sexuality a secret for years but now was the right time to come out.

On a post on Instagram he wrote: “With the strength and support of my wife and my daughters, I have been coming to terms with the fact that I am gay.”

While on that day’s This Morning he praised his wife Stephanie Lowe’s compassion.

He said: “This is tough. This is not something that has happened quickly. I’ve had to deal with this in my head for quite some time.

“We have gone through this together. We have been very open and very honest.

“I cannot write in any statement how I feel about that woman. She is amazing. She is literally astonishing.”

What do you think of Phil’s fun in the tub? Share your thoughts with us on Facebook @EntertainmentDailyFix.