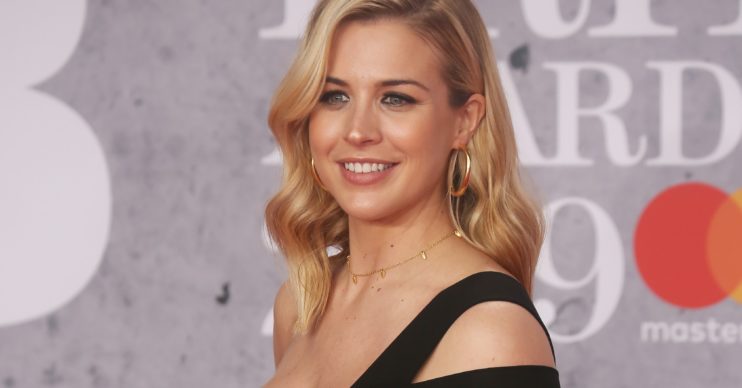 Face masks will become compulsory in shops from July 24

Actress Gemma Atkinson has hit out at those refusing to wear face masks in public.

The 35-year-old former Strictly star says that while she understands the confusion surrounding government rules, she feels “baffled” by the public outrage.

She took to Instagram to vent her frustrations yesterday (July 14), urging followers: “Wear one or stay home.”

In a lengthy post, Gemma said: “Honestly, people moaning about having to wear a mask whilst having the privilege to actually go out again!

“I’m genuinely baffled by the outrage of it?! Even if they don’t always work it’s highly recommended to wear a parachute when jumping out of a plane and you’d do that!

Moaning isn’t going to change it.

“THANK GOD we’re not all being asked to do something really hard. It’s embarrassing. Wear one or stay home.”

In a separate post, she continued: “I completely agree with the confusion around why now not earlier? Wtf are the government thinking one minute to the next etc… but moaning isn’t going to change it.

“After all we’ve been through this year already and the lives lost already, is it really worth the upset over a mask #biggerpicture.”

Gemma – who shares daughter Mia with partner Gorka Marquez – concluded her message by asking her followers to stick together to stop Britain suffering a second wave of coronavirus.

The former Emmerdale star added: “Unless you are exempt due to medical reasons, we need to all rally together and help do our bit. Even if it doesn’t work we’ll know that we tried.

“Anything to try and stop another wave of this thing.”

Gemma’s post comes days after the government announced that face masks will become mandatory in shops in England from July 24.

Anyone who fails to comply with the new rule will be handed a £100 fine.

The move brings the country into line with other major European countries including Spain, France and Germany.

However, it has been criticised by retailers and the police force, who have called the new face masks rules “impossible”.

It certainly isn’t the first time Gemma has used her social media to reach out to fans.

Last month, the soap actress revealed she often feels “broken” when followers ask her for food and diet advice.

She told her 1.4 million followers: “I get a lot of DMs from people who are suffering from or recovering from eating disorders. It breaks me to think a person suffers with mental torture around food they need to survive and thrive.”

She continued: “I hope anyone suffering with eating disorders gets the help they need and realises their worth.”

Gemma is often praised for her curvy and fit physique, which she credits to a healthy diet and love of keeping fit.

The mum-of-one said: “Growing up, I had to have vegetables with my meals, there were no fizzy drinks in the house (which I’m now SO grateful for). On a Friday as a family, we’d have a big chippy tea and stop for sweets or chocolate on the way home and eat them as we pleased over the weekend.

Read more: This Morning viewers all have the same complaint about Josie Gibson’s mask as she visits Disneyland Paris

“As an adult, I understand why my mum chose to do that. She wanted mine and my sister’s health to be at the forefront of growing up but not deprive us of things we enjoy.

“It’s stuck with me too. I still have a weekly chippy or a pizza. My drink of choice is always water because Dad used to tell me lions drink water. What kid doesn’t want to be as strong as a lion?!”