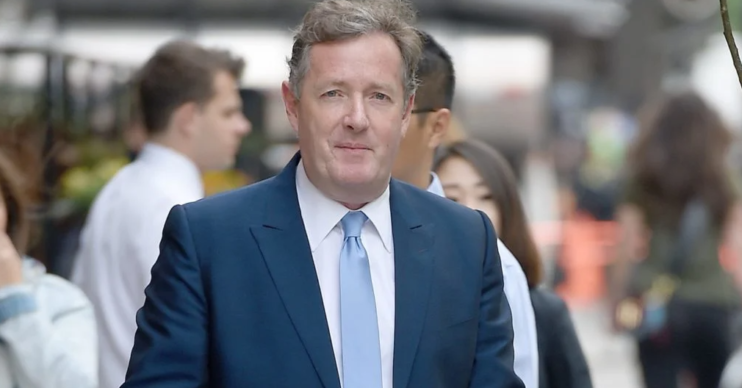 It's not often the public agree with Piers

The 55-year-old Good Morning Britain host took to Twitter to hit back at Johnson following a recent Prime Minister’s Questions session in the House of Commons.

The PM made his remark after Labour leader Sir Keir Starmer accused him of failing to prepare for a potential second wave of coronavirus.

Johnson hit back at his comments by attacking Starmer over his lack of consistency.

He said: “He needs to make up his mind which brief he’s going to take today, because at the moment it looks as if he’s got more briefs than Calvin Klein.”

The jibe certainly didn’t go unnoticed by Piers, who later shared his thoughts on social media.

Alongside a clip of the moment, he said: “This was Boris Johnson’s response to a question about bereaved families of Covid-19 victims. A joke about underpants.”

This was Boris Johnson’s response to a question about bereaved families of Covid-19 victims. A joke about underpants. 👇 https://t.co/08DQYoq9hm

Piers’ post was inundated with comments from followers, with one writing: “Last week he insulted care workers, this week still-grieving families of those who have died. How on earth can anyone in this cabinet stay in office?”

Another said: “And as someone who has experienced the loss of two family members over the same weekend to Covid I can tell you this is a complete and utter disgrace @BorisJohnson. He is such a vile man.”

A third fumed: “He may think he is clever with these ‘funny’ and ‘witty’ remarks but thousands have died and will continue to do so due to his lack of leadership. He needs to go!”

A fourth added: “Completely despicable! Why would anyone, even someone as uncaring as he appears to be, think cracking jokes when talking about the families of the deceased is acceptable. I truly despair with this government… they really have no shame.”

While others disagreed with Piers, saying: “Rubbish. Listen to the whole thing. You are just picking out one bit to sensationalise.”

A second stated: “No it wasn’t. You make it sound like @BorisJohnson was making a joke about bereaved families, he wasn’t. He was making a joke, quite rightly about @Keir_Starmer flip flopping from agreeing with the government one week to disagreeing the next.”

No rest for Piers

It appears not even a sunny trip to the South of France will stop Piers from tweeting.

The TV star jetted off on the holiday this week, after waving goodbye to Good Morning Britain until September.

Ahead of his holiday, he shared a photo of himself sitting on a plane while wearing a face mask.

He wrote: “I’m a washed up, knackered pathetic excuse for a celebrity… get me outta here. Bye Britain, it’s been… surreal.”

Meanwhile, on Monday (July 13), he thanked British Airways for being “efficient, courteous and safety-conscious”.

The star wrote on Twitter: “My thanks to all the @British_Airways crew on BA346 to Nice yesterday.

“It’s been a horrendously worrying time for all BA staff, who are being treated appallingly by the management.

“But they were as efficient courteous & (particularly) safety-conscious as always. Much appreciated.”

Sadly for Piers, the trip hasn’t been without some drama as he revealed he’s already suffered a nasty ankle injury.

Replying to a recent fan comment, he said: “Many thanks for your kind concern, Innis. Unfortunately, I twisted my ankle last night so the cardio will have to wait.”