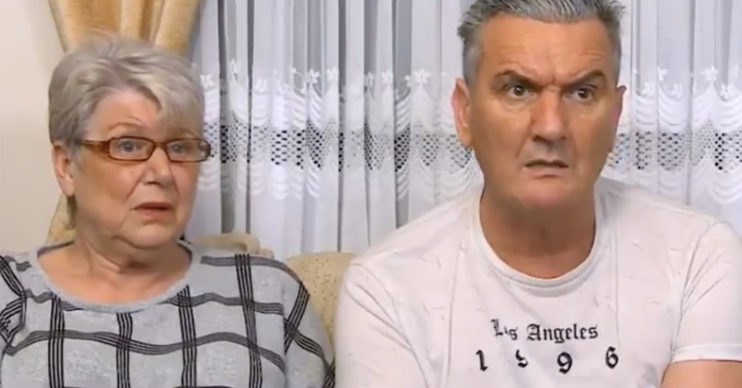 The friends posted a snap from their cruise days

Googlebox stars Jenny Newby and Lee Riley delighted fans by posting a throwback picture from their days working on a cruise ship together.

The snap, taken in 2004, shows the fresh-faced pair posing together clutching a bunch of flowers and dressed up as if they were getting married or at a wedding.

But Lee was quick to tell fans that they hadn’t tied the knot while working at sea.

He captioned the post: “Old photo 16 years ago of me and Jenny on a cruise taking the [bleep] and no before you ask we didn’t get married!”

What did Jenny and Lee’s fans say?

Jenny and Lee ended up having to post the picture twice as the first attempt cut Lee’s head off.

Their fans were delighted with the throwback snap, with one joking: “And yet you act like you’ve been married for years!”

Another commented: “Wow you’ve been friends for years… How lovely.”

“Brilliant photo, your friendship is priceless,” someone else said.

A great cause for the Cavell Nurses’ Trust @cavell_nt available from https://nursesrock.probitymerch.com

Jenny and Lee have been living together in Lee’s Hull caravan during lockdown to allow them to keep filming Gogglebox.

Viewers were convinced that the caravan belongs to Jenny and were shocked to realise it’s actually Lee’s, with Jenny moving in during the coronavirus pandemic.

Jenny and Lee first appeared on Gogglebox in 2014 and have built up a strong fan base but many regular viewers assumed they were being filmed for the show in Jenny’s caravan.

But Jenny and Lee’s living arrangements were cleared up when the best pals discussed their future plans out of the lockdown.

It then became clear Jenny is a a guest in the caravan, and not the other way around, as Lee joked that he “couldn’t wait” for her to get out of his home.

The revelation left fans very confused, with many taking to Twitter in shock.

One said: “Confused. I thought it was Lee’s caravan years ago. Then Jenny started saying things that made it sound like hers. Plus we were told LEE moved in with Jenny. But now he says its his caravan? confused. And if so? Net curtains Lee??”

Another stated: “For some reason I always thought it was Jenny who lived in the caravan not Lee. Don’t know why #Gogglebox.”