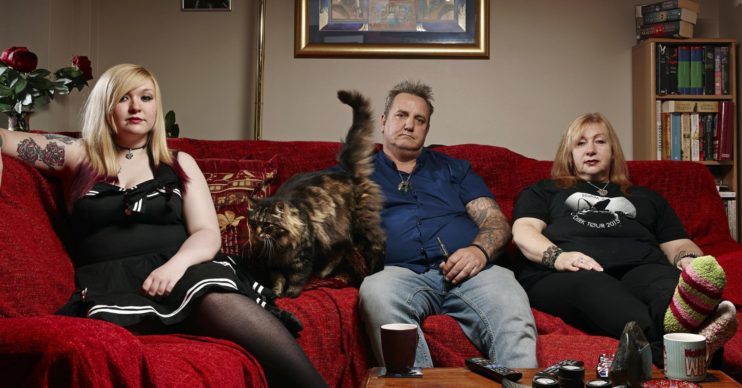 The Channel 4 star announced the happy news on Twitter

The reality star – who appears on the hit Channel 4 show with parents Ralf and Viv – announced the happy news on Twitter today (Friday, July 17).

Eve appeared delighted as she posed alongside her new fiance while proudly showing off a stunning diamond engagement ring.

Alongside the shot, she wrote: “Three wonderful years together. He proposed and I said yes!

Ralf and Viv also shared their joy on social media.

Reposting the snap of the happy couple together, they added: “We are delighted that after three years together, our lovely daughter @GoggleboxEve and Alex have announced their engagement!

“We are all very happy for them as they are made for each other. Now on to wedding planning… #wedding #weddingplanning.”

The post was flooded with well-wishes from fans, with one writing: “Congratulations both, beautiful ring Eve.”

Another said: “Congratulations! You look so happy.”

A third congratulated the pair, saying: “Fab news! Congratulations to you both xx.”

He left Gogglebox when Eve broke up with him, saying at the time: “She called after a big argument and said she didn’t want to go out with me any more.

“Eve said she still wants to be friends but hasn’t spoken to me and has deleted me on Facebook. It really hurts, we were so close.”

In May, Eve revealed she was unable to film alongside her family due to the coronavirus pandemic.

Addressing her absence online, she said: “Haven’t been able to film altogether because of the lockdown. Can’t wait until we’re back as a family where we belong.”

Eve isn’t the only Channel 4 star to be celebrating in recent weeks, after it was revealed the Malones had welcomed a little addition to their family.

Shaun, one of the two sons who appear on the show, has welcomed a baby boy.

The 25-year-old tweeted: “Super happy to announce the birth of my son Louis Malone. Thanks for everyone’s interest, mother and baby are both well.

His mum and dad, Tom and Julie, added: “So excited to welcome our new grandson Louis!!!! Can’t wait to meet him. Congratulations!!!”