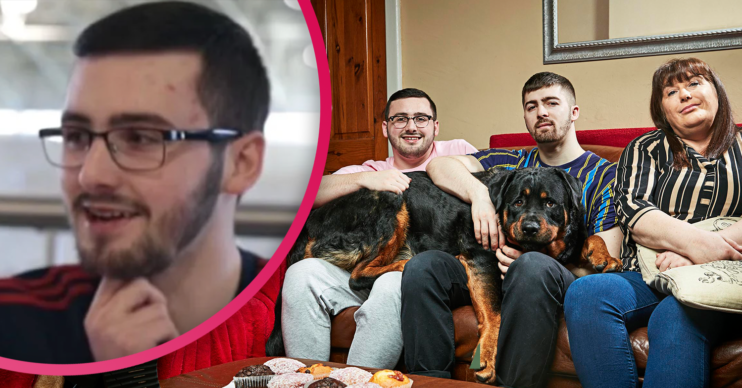 Shaun has announced the birth of his son

The Malones from Gogglebox will need to clear some space on the sofa – they’ve welcomed a little addition to the family.

Shaun, one of the two sons who appear on the Channel 4 show, has welcomed a baby boy.

And he has revealed the tot’s name is Louis.

The 25-year-old tweeted: “Super happy to announce the birth of my son Louis Malone.”

So excited to welcome our new grandson Louis! Can’t wait to meet him.

“Thanks for everyone’s interest, mother and baby are both well.

His mum and dad, Tom and Julie, added: “So excited to welcome our new grandson Louis!!!! Can’t wait to meet him. Congratulations !!!”

When did the Malones join Gogglebox?

Viewers have been fascinated by the contents on their treat plate as they watch telly.

He had brain surgery, then spent six months in hospital.

Some time after he returned home, he “collapsed” and “ended up going into a coma”.

The infection found its way back to my brain.

Shaun continued: “They said to my mum and dad that I had a less than 10 per cent chance of living.

“I was in a coma for a few weeks – and they said to my mum and dad, ‘Shaun’s got brain damage, we don’t know what the brain damage is or how it’ll affect him or if it’s going to be really bad’.”

Julie previously told the Mirror: “We were absolutely frantic. The doctor said Shaun only had a slim chance of surviving surgery.”

Shaun was a child actor, appearing in Billy Elliott in the West End, but now works as a coach for Under-16s at Manchester United Foundation.

Brother Tom is a professional dancer and has worked alongside pop stars such as Rita Ora.