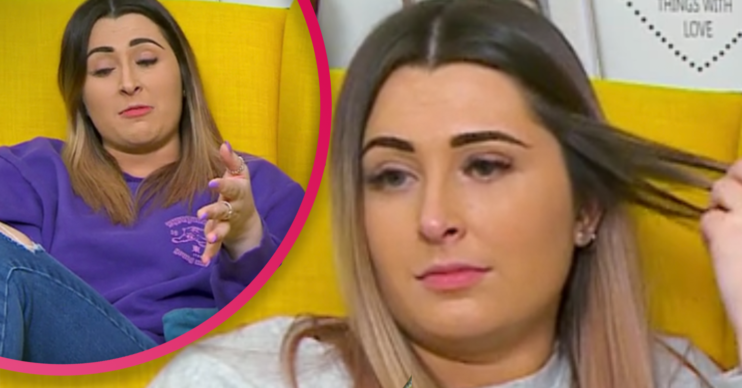 Sophie's multicoloured shirt got plenty of attention from followers!

Gogglebox star Sophie Sandiford has taken to social media to show off her new silver hair.

The TV favourite – who appears alongside brother Pete on the Channel 4 series – unveiled her locks on Instagram yesterday (July 15).

The snap shows Sophie grinning at the camera in a multicoloured shirt while debuting her fresh trim.

Fans rushed to compliment the snap, with one saying: “Love it! The colour really suits you – you look extremely pretty xx.”

However, some followers couldn’t help but comment on Sophie’s choice of clothing.

A second asked: “Where did you get your top from? You always wear wicked clothing.”

Sophie and Pete on Gogglebox

The Channel 4 reality series – which sees its stars across the country react to British television from their own homes – filmed its previous series using rigid cameras during lockdown.

Since joining the show in 2018, Sophie and Pete have won over viewers thanks to their close relationship and witty remarks.

Sophie and Pete were slammed for accusing him of “cashing in” after he streamed PE sessions each morning during the coronavirus lockdown.

As they watched his appearance on The Andrew Marr Show, Sophie sniggered: “How’s he made it onto Andrew Marr?”

She then went on to mock him as he explained his journey to becoming ‘the nation’s PE teacher’.

Pete then chipped in: “And capitalising on a pandemic. He is cashing in big style.

“If there’s a whiff of a pound now, he’s there.” As we all know, legend Joe actually donated the earnings to the NHS.

The siblings, from Blackpool, also mocked him for getting his words muddled and accidentally saying both “international and global” press had contacted him.

Sophie isn’t the only Channel 4 star to be making headlines in recent weeks, after it was revealed the Malones had welcomed a little addition to their family.

Shaun, one of the two sons who appear on the show, has welcomed a baby boy.

The 25-year-old tweeted: “Super happy to announce the birth of my son Louis Malone. Thanks for everyone’s interest, mother and baby are both well.

His mum and dad, Tom and Julie, added: “So excited to welcome our new grandson Louis!!!! Can’t wait to meet him. Congratulations !!!”