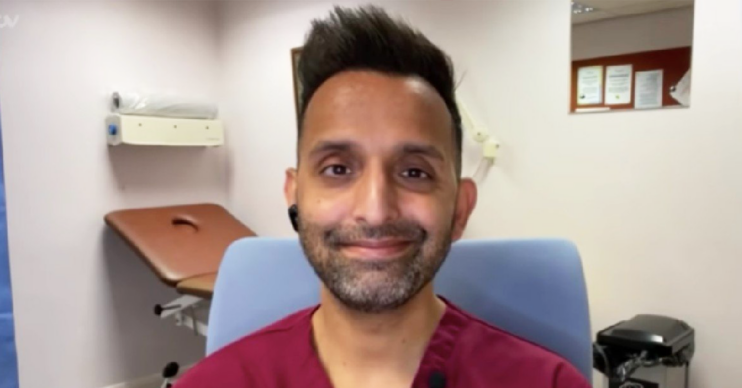 He fears it is linked to his COVID-19 vaccine stance

Good Morning Britain’s Dr Amir Khan has been forced to call the cops after being bombarded with death threats on Twitter.

Dr Khan, who also appears on Lorraine, said he has found himself under attack during the past 18 months.

Speaking to the Daily Star, the telly medic admitted he fears it is linked to his views on the COVID-19 vaccine.

Dr Khan has been urging the nation to have the jab but thinks he has received the vile messages as a result.

What has Dr Amir Khan said of the Twitter death threats?

The former GPs Behind Closed Doors star said: “I’ve had so much trolling and online abuse. Just the other day someone sent me a DM on Instagram telling me that they’re going to ‘kill me’ or ‘it won’t be safe to leave my house’.”

Dr Khan said he has reported the threats to the police.

Speaking about the potential link to the vaccine, he added: “If you don’t take it, that’s your choice. Don’t threaten me with violence or death because I think different to you.”

Earlier this week, Dr Khan appeared on This Morning with Ruth Langsford and Eamonn Holmes.

The pair asked him his views on reports that all 16 and 17 year olds will be offered a Pfizer COVID jab “within weeks”.

Dr Khan told them: “It’s good news, I think, as we know that younger people do get COVID.

“We know a small proportion of them can go on to develop long COVID and vaccines can protect against that.

“With any vaccine programme, you’re protecting the person you vaccinate but you’re also protecting the wider community as well. This will go some way in doing this.”

Dr Amir said he is yet to speak to a young person who does not want the COVID jab.

“It is really important you get your facts before you go forward for this vaccine,” he added.

“For the vast majority of people, it is safe. It’s been given out in countries like the US, Israel, Japan, to hundreds, thousands, millions of young people with very few adverse effects.”

Dr Amir has worked as a GP for 12 years.

The star has recently penned a book called The Doctor Will See You Now. It documents “the highs and lows of life as an NHS doctor”.

Meanwhile, it also appears that Dr Amir has a brand-new telly project in the pipeline.

He recently took to Instagram and posed for a picture while wearing scrubs.

Sharing with his followers, Dr Khan teased: “On set of a new show!”

One fan replied: “My fav doctor! So exciting!” Another added: “Ooohhh can’t wait, you are so lovely and kind.”