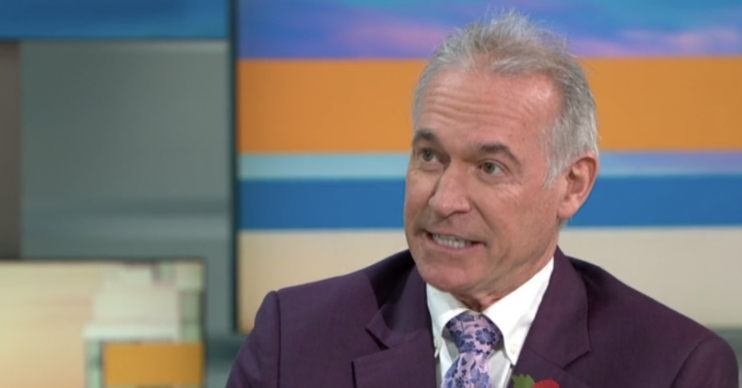 Viewers of GMB have slammed Dr. Hilary Jones after he warned them that it still isn’t safe to hug other people during a debate in this morning’s programme.

Appearing on the ITV show on Tuesday, November 2, Dr. Hilary was quizzed on hugging by hosts Richard Madeley and Susanna Reid.

When asked whether or not people were safe to hug yet, Dr. Hilary simply said “no”.

What did GMB’s Dr. Hilary say about hugging?

When pressed for an explanation for this negativity by GMB host Richard Madeley, Dr. Hilary said: “Look, I love a hug, I love a warm hug. I like a hug as much as the next person, but look, right now, it is not safe to do so.”

GMB’s Dr. Hilary explained that hugging people at the moment is about trust and you should be selective.

He said that hugging a family member is different from hugging anyone else as you know what they’ve been doing and how they’ve been behaving.

What did GMB viewers have to say about Dr Hilary?

Many GMB viewers were left unhappy by Dr. Hilary’s comments and took to Twitter to vent their frustration.

Because of the debate, one viewer tweeted saying: “[Expletive] I’ve just turned GMB on. MY. GOD. Always rely on Dr. Hilary to fire the scaremongering down ya neck in 3 seconds flat. THOUSAND PEOPLE DEAD. DO NOT HUG. Bore off.” [Sic]

Another furious viewer tweeted saying: “Dr. Hilary is INFURIATING. On national tele telling everyone it’s not safe to hug people yet until cases go down. Cases are never going down?”

A third GMB viewer added sarcastically: “It will be 16 years time and Dr. Hilary will still say to not hug people.”

But some viewers were more positive, however, with some saying they agreed with the doctor and believed what he said.

As of yet, Dr. Hilary hasn’t responded to the GMB viewers who are currently unhappy with him.

But this isn’t the first time the ITV doctor has been criticised by viewers for his comments regarding hugging in the pandemic.

Viewers blasted the GMB doctor back in May over similar comments he’d made. They accused him of scaremongering and labelled him ‘Doctor Doom’ at the time.

What do you make of what Dr. Hilary Jones had to say on hugging? Leave us a comment on our Facebook page @EntertainmentDailyFix and let us know what you think of this story.