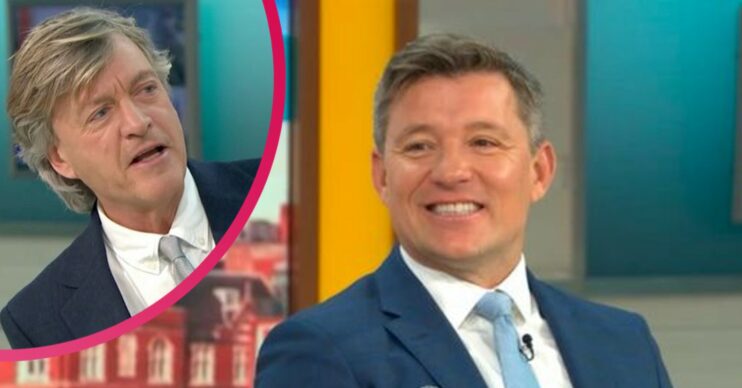 GMB viewers all said the same thing about the show’s presenters after Susanna Reid and Richard Madeley were replaced today.

The beloved duo stepped in for Susanna and Richard, and it seems like viewers were grateful for the change.

As a result, numerous people watching at home took to social media to share their thoughts.

Some even called for a permanent change to the presenting line-up.

One viewer wrote: “Lovely banter with Ben and Kate this morning, Susanna and Richard haven’t got that spark. She did with Piers [Morgan] though.”

“How refreshing this morning with Ben and Kate, when are the producers going to realise no one can relate to Susanna Reid? She is just not watchable, time for change!” said a second fan.

A third tweeted: “Love Andi [Peters] brightens the morning during depressing news stories! Love Ben and Kate too! Thurs and Friday are the best days to watch!”

Ben and Kate will be returning to screens tomorrow, while Richard and Susanna will be back on Monday.

Earlier this week, the show faced some criticism over an interview.

On Wednesday’s show, Boris Johnson‘s ex, Petronella Wyatt, was invited onto the show for an interview.

Between 2000 and 2004, Petronella had an affair with Boris. At the time, he had allegedly promised to leave his wife for her.

Richard asked her: “If he wasn’t married, if he was single and if you weren’t involved with anybody could you see yourself going out with him? You don’t have to answer.”

However, she awkwardly replied: “I am not going to answer that. I may be engaged already. I’m really not answering that!”

What did you think of the GMB presenters today? Leave us a comment on our Facebook page @EntertainmentDailyFix.