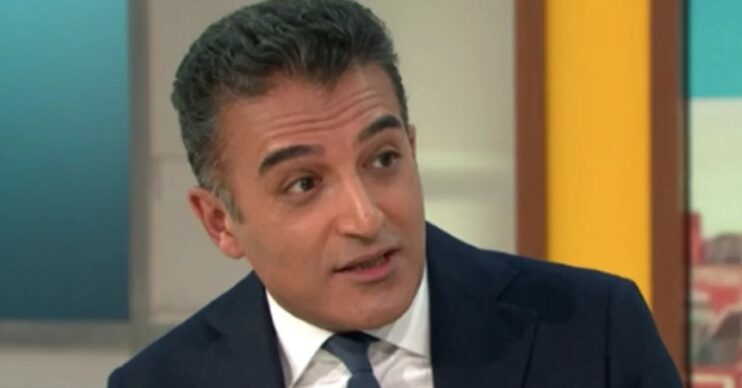 The programme received over 2,000 complaints

In latest GMB news, the show has been hit with Ofcom complaints following a debate with Adil Ray on coronavirus vaccines.

Last week (June 1), the presenter was joined by Dominique Samuels and Nick Hewer to discuss the latest news on the jab.

During the debate, the group went into detail on whether they would allow someone into their home if they hadn’t been vaccinated.

At the time, Nick explained he wouldn’t allow someone over fears of catching the virus.

However, Dominique disagreed with the former Apprentice star.

The political commentator said: “I just think it reeks of middle-class snobbery. I’m having a dinner party, but I won’t invite the unvaccinated.

“I think most people will be worried about clawing their businesses and mental health back from the depths of hell.”

Furthermore, she shared: “Not whether they’re going to segregate someone else from a dinner party.

“And look, there are various why one might not get the vaccine but none the less you are protected from serious or death.”

Dominique went on to label it “psychotic” as she was challenged by Adil.

She added: “I just think you don’t need to be psychotic and try and control other people’s life choices.”

Adil fired back: “Dominique, Dominique, I’m sorry but you can’t just be extreme.

In addition, the presenter raged: “What on earth is psychotic about caring for people around you? How does that make me psychotic?”

And the fiery debate didn’t go unnoticed with viewers at home.

Why did viewers complain to Ofcom?

Following the debate, Ofcom received 2,077 complaints from viewers at home.

A spokesperson from the media watchdog told ED: “The majority of complaints objected to negative references to unvaccinated people and a poll on the theme ‘time to ditch unvaccinated friends?'”.

Meanwhile, the segment appeared to divide followers on Twitter.

Agreeing with Dominique, one wrote: “I totally agreed with everything you said! Such a shame that you can’t seem to get a word in edge ways on GMB!”

The majority of complaints objected to negative references to unvaccinated people

A second said: “Well done Dominique. You more than held your own against @adilray. He’s a pound shop Piers Morgan who thinks it’s acceptable to shout over people who tell inconvenient truths. Keep spreading the message.”

However, one disagreed: “I’m sorry Dominique but your arguments were weak & selfish. I hope you can rethink your stupid defence of the unvaccinated.”