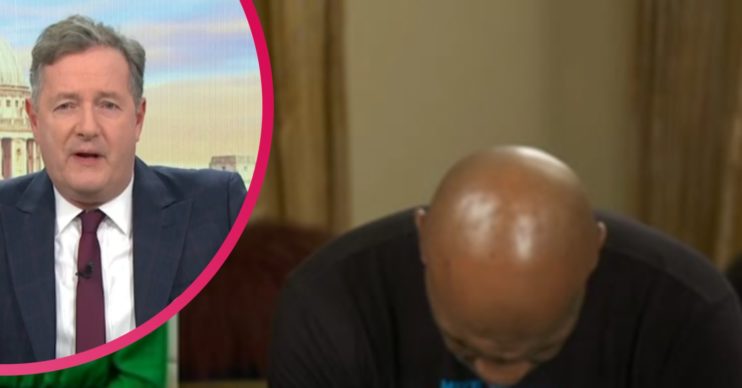 ITV viewers had no idea what was going on

Mike Tyson has finally opened up about his GMB interview on Tuesday (October 13) that left viewers baffled.

The Boxing legend is returning to the ring for the first time in years, and he appeared on Good Morning Britain to discuss his anticipated comeback.

However, the interview didn’t go quite as planned and viewers rushed to social media to question why the star appeared to be out of sorts.

At one stage he even looked like he had fallen asleep.

What did Mike Tyson say about his GMB appearance?

The boxer took to Twitter to explain why his appearance may have seem a bit off to those who were watching at home.

“I tried to stay up late for interview but fell asleep and like a lion I’m hard to wake once asleep.

“Training hard and going to bed early. I had no monitor so I couldn’t see you guys and forgot to look into camera.”

Some of Mike’s fan were quick to assure him, with one replying: “If people actually understood how physically and mentally tiring your training is they’d know why you were like that for the interview.”

What did Mike Tyson do on Good Morning Britain?

What did Good Morning Britain viewers say at the time?

One said: “@piersmorgan are you just going to gloss over that disaster of an interview with mike Tyson and pretend it just didnt happen……? #gmb “.

“Is Mike Tyson like… okay? #gmb ” said a second viewer.