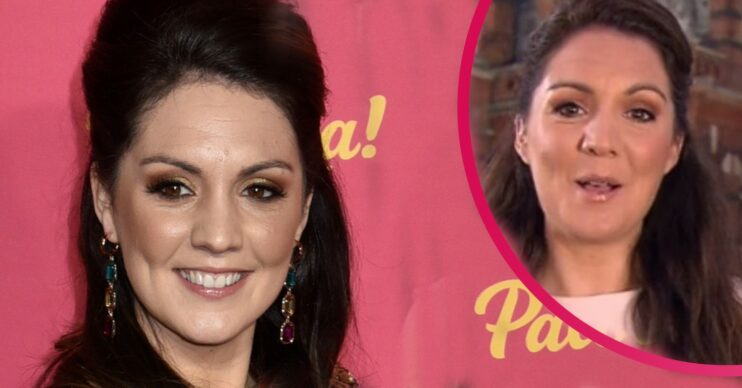 GMB presenter Laura Tobin shared an adorable update about her daughter with viewers on Wednesday (September 8).

The ITV star opened up about her family life while talking about the latest heatwave hitting the UK.

Laura told ITV viewers that her daughter, Charlotte, would be starting school early.

“It’s always a great occasion for the parents and the child, isn’t it?”

Laura replied: “I mean, I know my whole feed has just been full of people and their children’s first day at school. But this is a picture of my little Charlotte and I just think it’s a little bit more special.

“All the viewers are aware she was born really prematurely so she was just born at 28 weeks. So she was born in July, she should have been born in October.

“She was born in the completely wrong school year.”

Laura continued: “So, I guess we always thought she would start school next year, September ’22, you can defer children in that situation.

“But they’re so happy with her progress and how she’s doing, she started a year early.”

Speaking about how Charlotte got on, the mum-of-one said: “So, we were just so proud of her, she ran in, she just had two and a half hours, she came out, she had a fantastic time.

“She had a day off today because it was all a bit too much, then she goes back in tomorrow.”

“So yeah, it was a wonderful, wonderful day,” added the GMB star.

Laura gave birth to her daughter in July 2017, and she weighed just 2lb 8oz at the time.

The presenter, who is married to her husband Dean Brown, went into labour 12 weeks early after she was struck with stomach pains when she arrived at the GMB studios.

Laura also shared an adorable picture of Charlotte in her school uniform on her Instagram on Tuesday (September 7).

She told her followers: “I’m a very proud Mummy!”