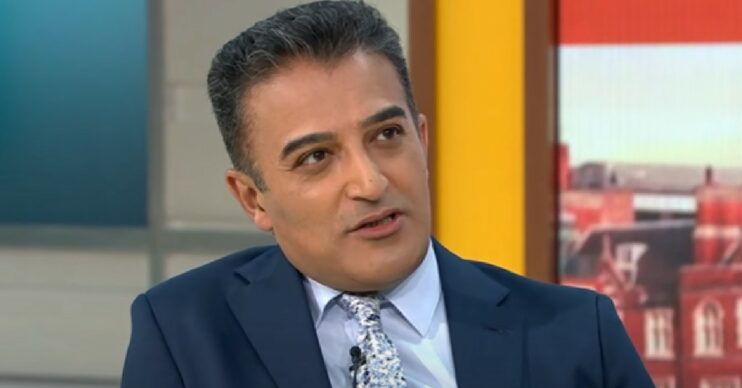 Adil Ray has shut down a Twitter troll who told him to ‘stick to Lingo’ following his hosting stint on Good Morning Britain today.

However, Adil came under fire for his interviewing approach with many criticising one of his questions in particular.

Last week, it was revealed that Boris Johnson and Priti Patel had set out a stragedy to fly asylum seekers who cross the Channel in boats to Rwanda.

The stragedy has been widely criticised and today Adil grilled Mr Hands on the plans.

During one part of the interview, Adil asked Mr Hands: “Mr Hands, here we are celebrating Easter this weekend, the life and times of Jesus Christ, who himself was a refugee.

“Under this scheme, your government’s scheme, if he arrived in the UK today, Jesus will be sent to Rwanda.

“Is that right? Would you send Jesus to Rwanda?”

“We’re 2000 years later and over 28,000 people have made an illegal journey from France to the UK, between two entirely safe countries, 27 people have died.

Some viewers criticised Adil’s question on Twitter, with many branding it “stupid”.

However, one person caught Adil’s attention and he responded.

The troll, who went by the user name ‘Silent Bob’, had tweeted: “Stick to Lingo,” referring to Adil’s ITV game show Lingo.

Adil is a firm fixture on Good Morning Britain and previously revealed he’ll be hosting the show for “most of April”.

He’ll be back to host the show tomorrow and Wednesday (April 19 and 20).

Many fans were thrilled by the news as one person said: “Thank god for that I’ll be able watch GMB.”