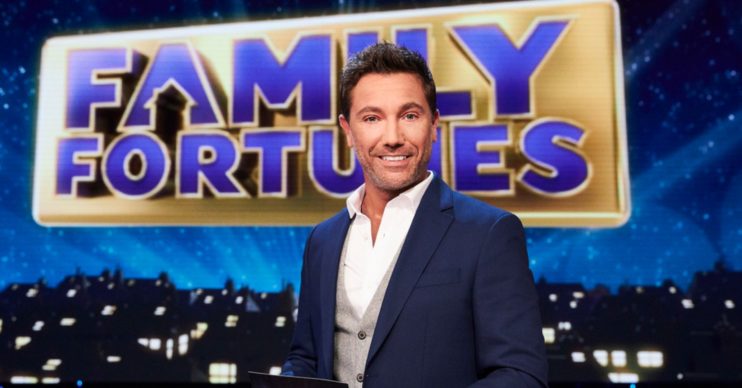 The ITV game show is back after 16 years

Family Fortunes is returning with Gino D’Acampo as its new host this weekend.

And ITV has is offering viewers a sneak peek of what it will look like with the TV chef at the helm of the new series.

In pictures released ahead of the first episode hitting screens, the Italian presenter beams in a blue blazer on the set of the popular quiz show.

A clip of the new series shows Gino exclaiming, “I’m getting excited!” and “What an amazing show”.

What has Gino D’Acampo said about hosting Family Fortunes?

Of his new role on the ITV game show, Gino said: “I am delighted that ITV asked me to be the host that is bringing back Family Fortunes to the British public, following in the footsteps of some legendary presenters.

“It’s a much beloved show in the USA, and around the world, and I cannot wait to get going and add more laughs to this format.”

For Gino, filming Family Fortunes marked his first time in a TV studio since the lockdown started in March.

When he first got the job, he said he couldn’t wait to get started and was confident the series would be “fantastico”.

He said, in an ITV Q&A: “I’ve been in Sardinia with my family, spending lots of time together. It’s been a long time since I’ve been in the studio so I’m really looking forward to it – it is going to be fantastico.”

I cannot wait to get going and add more laughs to this format.

The star also joked he had been playing the Family Fortunes board game during lockdown.

“It’s probably one of the only games we have where the whole family can get involved,” he said, adding: “We don’t normally play board games together but we loved it.”

Read more: This Morning star Gino D’Acampo reveals his fans ask him to watch them have sex

Family Fortunes originally ran from 1980 until 2004 and included broadcasters such as Bob Monkhouse and Les Dennis among its hosts.

Gino actually featured on the celebrity version as a contestant, although he’s since admitted he and his family were “terrible”.

“Terrible. Absolutely rubbish,” he said of his episode. “We appeared on the All Star version with Vernon Kay and played alongside Michelle Keegan‘s family. Michelle has since teased me about this when I see her.”

Are you looking forward to seeing the new Family Fortunes? Leave us a comment on our Facebook page @EntertainmentDailyFix and let us know.