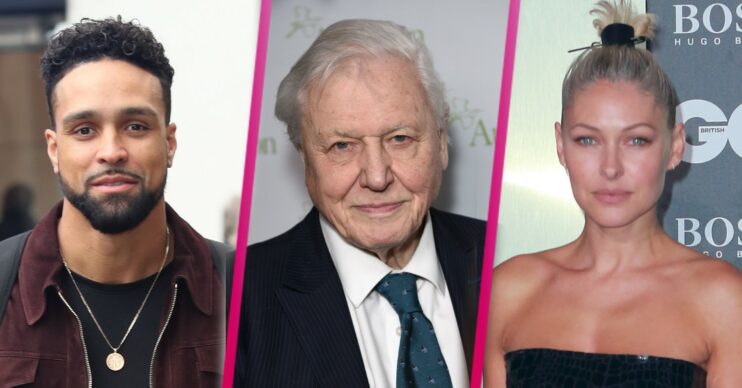 Euro 2020: 11 amazing shows to watch after the football is over

Euro 2020 is in full swing and live football is dominating the schedules.

However, if you’re not a footie fan this next month will be hell on earth for you, so let’s hope the weather comes fine again so you can get out into the garden away from all the madness.

But when Euro 2020 finishes, what can you watch on the box? Here’s everything you need to know…

Euro 2020: What to watch after the football ends

Cooking With The Stars, ITV

Each celeb teams up with a star chef to battle it out.

ITV hasn’t released the schedules just yet for July, but we know that this is soon.

Something new for Saturday nights from the makers of The Cube, this physical gameshow is presented by Ashley Banjo and Fleur East.

It introduces The Void to viewers – a huge chasm of water filled with 520,000 litres of water, housed at the M&S Bank Arena in Liverpool.

Ashley says: “I literally cannot wait to get started on this one!

“The concept is so simple… can you cross ‘The Void’ and reach the prize on the other side?”

On the night of the Euros final (Sunday July 11), Sir David Attenborough is back on our screens.

But don’t worry, you’ll be able to watch on catch-up on NOW.

This time the great man takes a closer look at dragonflies and damselflies, and thanks to special super slow-mo camera technology captures their general amazingness.

The European detective – played by Tchéky Karyo – is back for another case.

Baptiste is thrown into Budapest’s secretive corrupt underworld in an attempt to locate British Ambassador Emma Chambers’ missing husband and son, who disappeared on a skiing holiday in the Hungarian mountains.

This one’s a month or so away, but it’s still worth a mention so you can prepare yourselves for it.

It stars Suranne Jones and Line of Duty’s Martin Compston and is a submarine thriller.

When a suspicious death aboard the submarine HMS Vigil is discovered, DCI Amy Silva (Jones) is tasked with getting to the bottom of what’s really going on.

Another drama series that’s coming in at the back end of summer.

Stephen Graham stars alongside Jack O’Connell and Colin Farrell in this period dramas, based on a 19th-century whaling ship.

Except, things don’t quite go to plan when the real nature of the expedition is revealed…

Lie With Me, Channel 5

Charlie Brooks stars as Anna Fallmont in this new thriller from Channel 5. Anna is one half of a couple who decide to move to Australia to rekindle their marriage.

The couple hires a young local nanny who isn’t as innocent as she appears, and deadly consequences follow.

A brand-new makeover show, this is all about being thrifty when it comes to giving your home a new look.

Newcomers Whinnie Williams and Tyler West are the hosts, and together they scour charity shops and online auctions to snap up some retro goodies to help those living in rented accommodation.

And Whinnie and Tyler are on a mission to refresh and brighten up any room that’s thrown at them, as well as dispense tips on how and where to buy, and how to decorate.

Can I Improve My Memory?, Channel 4

Under the guidance of Sandi Toksvig, the celebs will undertake mental challenges to learn as much as they can about a subject they know nothing about.

They’ll then be tested until only one celeb is standing.

Nicola Walker returns to our screen in a new six-part crime series in August.

Once again, 10 designers battle it out for a chance to win a $1million prize and a chance to work with Amazon.

Read more: Too Hot To Handle season 2: Meet the sexy cast ready to cause trouble in paradise