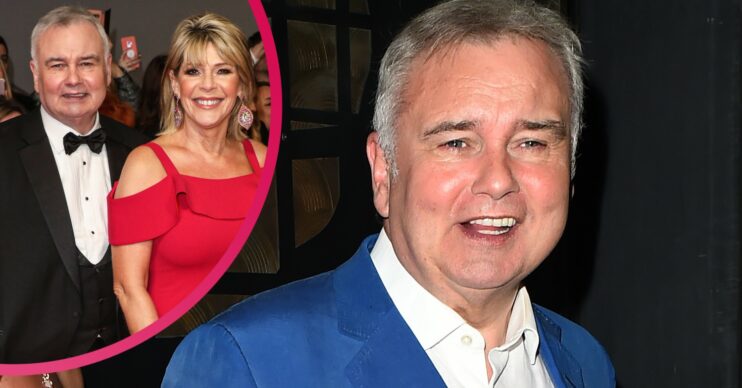 He's taking to the red carpet alongside Ruth Langsford

The presenter is attending the star-studded bash alongside his wife and This Morning co-host Ruth Langsford.

The 61-year-old presenter looked incredible as he modelled a classic black suit in the comfort of his Surrey home.

He completed the outfit with a pair of shiny smart shoes.

Clearly pleased with his outfit option, Eamonn captioned the shot: “Suited and booted for the National Television Awards tonight.”

Another shared: “@ruthlangsford is very lucky to have such a handsome hubby – bet you will look the business on the red carpet together.”

Furthermore, Ruth also shared a shot of herself and Eamonn on her own profile.

The 61-year-old star stunned in a gorgeous fitted dress with ruffled detailing.

Eamonn works overtime on This Morning

Meanwhile, the event follows shortly after Eamonn stepped in to replace Alison Hammond on This Morning.

He previously hosted the show over the summer with Ruth.

But after saying his final goodbye to viewers, Eamonn was called back in as a replacement.

Opening the show last week, he said: “It was supposed to be Alison and Rochelle [Humes] today, but Alison’s not well, so get well soon.

“And just when you thought you got rid of me after seven weeks, like a bad penny, I turn up again.”

In addition, Eamonn also filled in for Vernon Kay after the host tested positive for coronavirus.